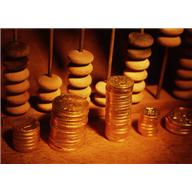 My nephews Bill and Bob are saving up to be millionaires. As l have told you before they put all their spare money into their piggy banks and when the piggies are full, the money is transferred into their building society accounts.

Unsurprisingly, they are nowhere near their targets. l don’t know whether their plan is to save up to a million together or if they want one each.

lt’s hard to imagine, when money is such a useful thing to have now, that it has not been around for ever.

Before money was invented, people traded by using a system called barter. This meant that they swapped things. Maybe one goat for several sacks of corn, for example. Using money to buy things is an easier system. Money can be carried and used everywhere to buy almost anything.

Coins have been around for thousands of years. Some of the earliest ones were found in Turkey; they were made from a metal called electrum which is gold and silver mixed together.

There was a problem with them though. People used to cut little pieces of metal off the coins (to steal the valuable metal) and the coins gradually became smaller. Then people wanted more coins for the goods they were selling because the coins had been reduced in value – then prices went up.

People can’t do this nowadays because coins have ridges around them to show that they have not been tampered (interfered) with.

The Greeks also had coins thousands of years ago. They were silver coins called the drachma. These coins were used for trade all over Europe.

The Romans had silver coins as well, they were called denarius and their gold coins were called aureus. But an emperor called Nero decided to put less silver and gold into the coins in order to make money for himself.

Nobody wanted to use these new coins and it had a terrible effect on the Roman economy. This was because people had lost faith in the value of the money. A valuable lesson in economics had been learned – money only has value if people have faith in it, no matter what their leaders tell them.

Whenever something goes wrong with an economy we learn lessons from the mistakes made – we hope.

lt wasn’t only coins made from precious metals that were used as money though. Cowry shells, stones and beads were also used in exchange for goods at different times in history.

There is a famous story that Manhattan, a part of New York, was bought from the people who first owned it with a collection of beads; but this is not true.

Sometimes carrying money can be a problem because it can be very heavy. Amazingly there was an island in the Pacific Ocean called Yap that had coins made out of stone up to four metres across! That’s really heavy!

About two hundred years ago, people decided that travelling around with large numbers of coins was too difficult and left their money with traders to look after. These traders gave the travellers notes saying that they promised to pay the money back on their return. They acted as a sort of receipt.

People found these notes so easy to carry around compared to the coins, that they started swapping the notes around instead of money.

Governments could see that this idea was working and becoming more and more popular. So they decided to make their own notes and start controlling the use and flow of money themselves.

Even today, if you look at a banknote, you will see the words ‘l promise to pay the bearer’, just like the original notes.

And nowadays people can use credit cards which are even lighter to carry.

The first credit card was the Diners Club card made in 1950 which could be used in 200 New York restaurants. The idea was extended so that people could buy things in shops as well as restaurants.

Now there are many credit cards. As long as you always pay your credit card bill every month, it won’t cost you anything to use a credit card. ln fact, some cards even give you a little bit of money back from time to time.

What do you like spending your pocket money on?

Bill: ‘How to Get Rich’ by Robin Banks. 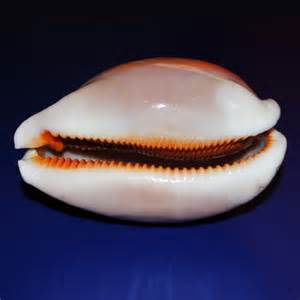 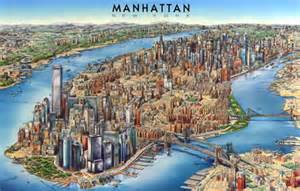 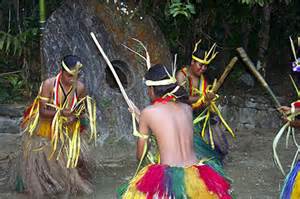 A coin in Yap

Not something you can put in your pocket! 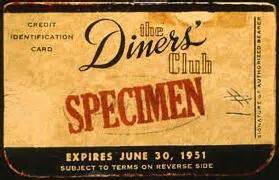 The first ever credit card 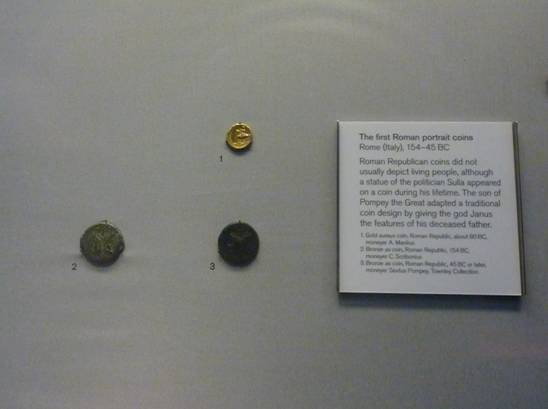 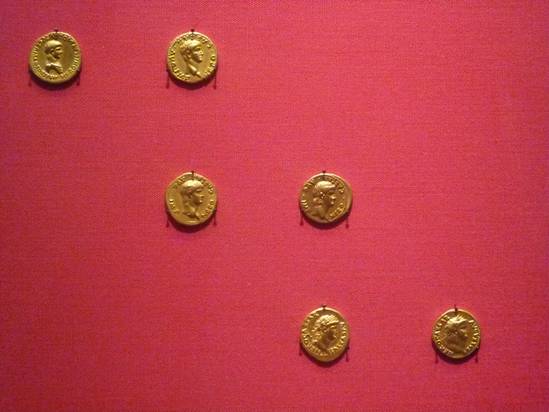 Roman coins showing the Emperor Nero – can you see him getting older? 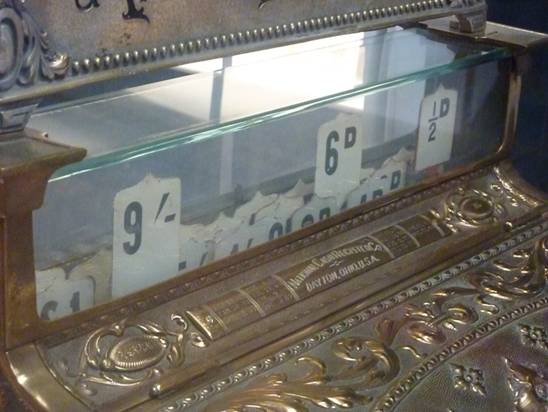 This cash register says nine shillings, six pennies and half a penny

We kept the same symbol for pounds £ 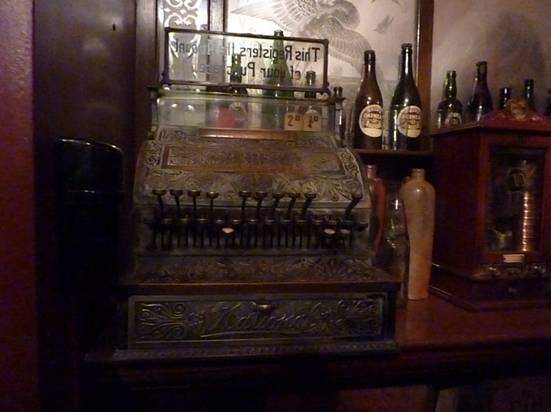 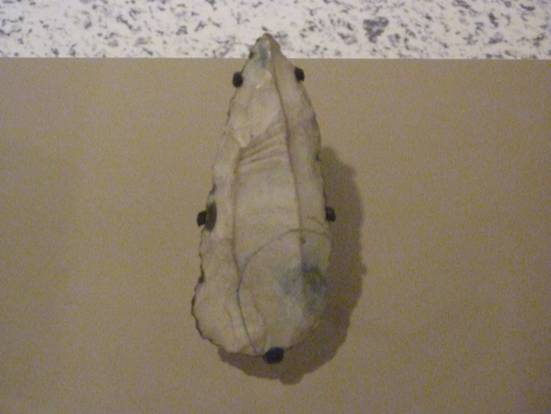 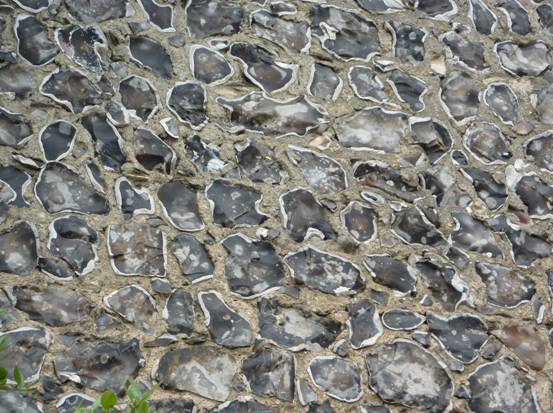 Today you will see walls made from flint

The last time the Rocky Bay Primary School had a money-raising fair, Bill and Bob made a game for one of the stalls.

It was a clown’s face drawn onto a large sheet of cardboard with some plastic cups stuck to his eyes, nose, bow tie, hat and ears.

People bought three ping pong balls to throw, and if they managed to get a ball into any of the seven cups, they won a prize.

Bill and Bob took the game home afterwards and are now practising throwing balls at it because they are trying to improve their throwing technique. They think it might make them better at winning prizes at the Rocky Bay Funfair.

You could make a game like this to play with. If you don’t have any plastic cups, you could use yoghurt pots.

If you don’t have a large board, you can use the side of a carton from a supermarket. Ask an adult to cut the side off for you. Or make a tiny game on the largest panel of a cereal packet and use long bottle tops.

You can put different numbers on the cups and every time you get a ball in a cup you score that number of points.

If you compete against your friends, remember to keep score to see who wins.

And you might find it easier to use pompoms rather than ping pong balls because they are less likely to bounce out of the cups if you manage to get them inside! 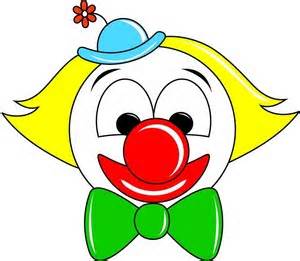 Don’t forget that from 15th October, shops can refuse to accept the old one pound coins. So you might want to check your money boxes.

If you have any old coins, you may want to spend them quickly or put them into your savings account in a bank or building society soon! 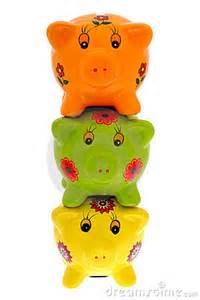 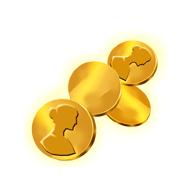 HOW TO MAKE A ‘THE SKY’S THE LlMlT’ MONEY BOX

You will need a round box in the shape of a tube; the kind of box that you get round crisps in.

You can take your inspiration from a picture that you find or use your own ideas. 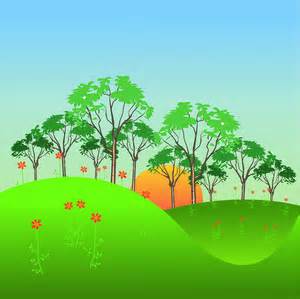 You can chose to draw a cityscape onto your money box if you like, and every time you save a pound/dollar/euro/etc. you can colour in one of the windows in a tower block or house. 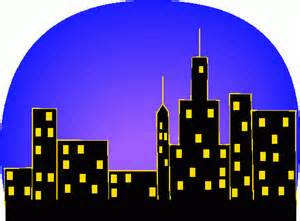 You could draw a spooky castle or house with bats coming out of the turret to scare off would-be robbers. 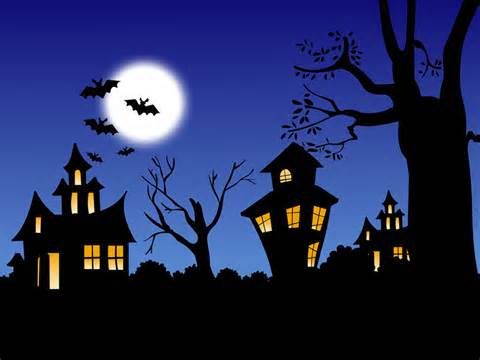 Or perhaps a haunted wood

Or a simple silhouette

When you need your money you can pull the paper back, empty the box and then tape it back up to start saving all over again!

You don’t have to draw on the box covering, you can use collage or a picture cut out of a magazine instead. 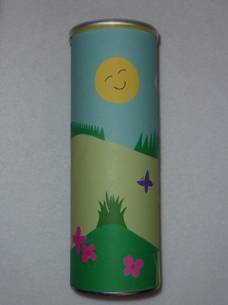 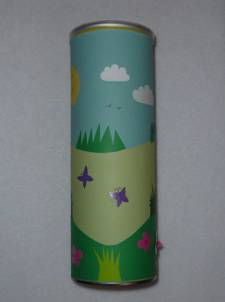 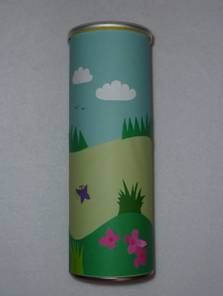 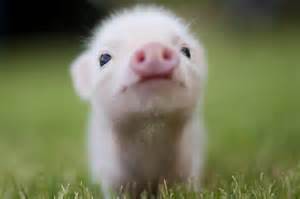