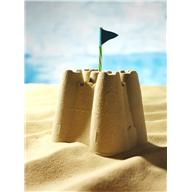 This week Miss Pringle has been teaching Bill and Bob’s class about flags.

They were finding out about the history of them, and then told me all about what they had learnt.

Flags have been flown ever since people learnt how to make cloth about 5,000 years ago. The ancient Chinese made long pointed streamers of brightly coloured silk.

ln the Middle Ages people flew flags to show they were important.

A knight would fly a small flag called a pennon. This had two or maybe more long points on it. The king would cut these points off if the knight had showed courage and done good deeds. The pennon would then become a square shape called a banner. Carrying this banner made the knight more important.

Every country of the World has a flag to represent it. Most flags are symbolic.

The Union Flag is also called a Union Jack from when it was jacked up on a ship. A jack is the flag pole on the front of a ship. The Union Flag developed from two flags put together in 1606. The red cross of St. George and the diagonal white cross of St. Andrew. ln 1801 the red diagonal cross of St. Patrick was added to make the flag we know today.

The Japanese flag is easy to spot.

lt has a red circle on a white background to represent the Sun. Sometimes Japan is known as the land of the rising Sun (because it is so far over in the East).

The lrish flag is green to represent the Gaelic tradition, orange for the followers of William of Orange and white for the peace between them.

Bill and Bob thought that they would make their own flags out of paper and lolly sticks to put on their sandcastles.

Do you have any interesting stories about flags?

Bob: What flies and goes nowhere?

Unauthorized use and/or duplication of material from this blog without express and written permission from this blog’s author and/or owner is strictly prohibited.

A pennon had two points at the end

A banner was square 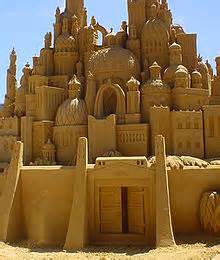 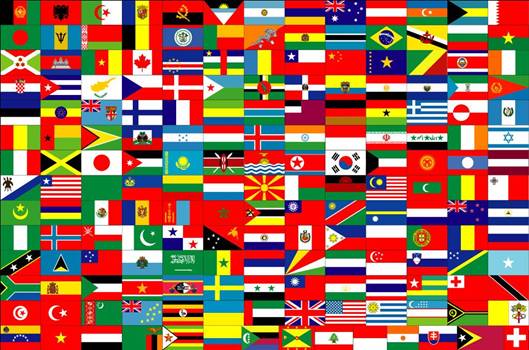 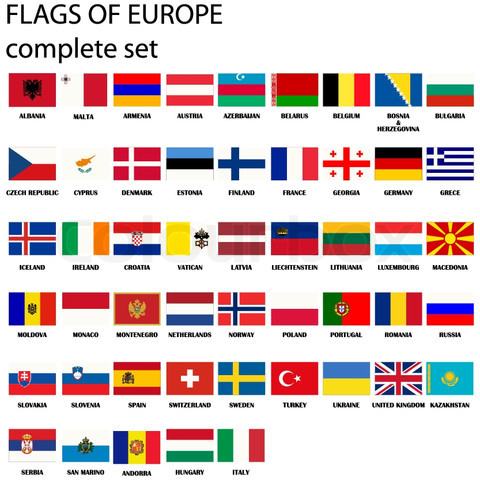 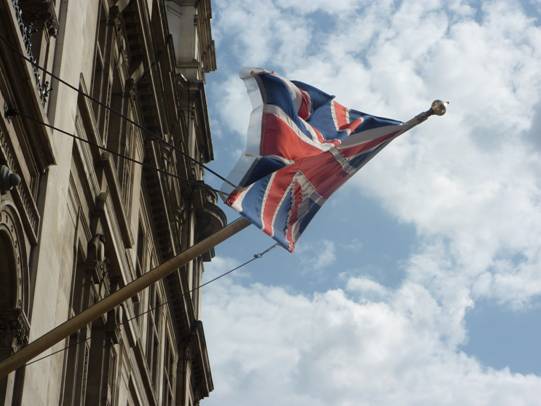 Flag poles can be placed above doorways 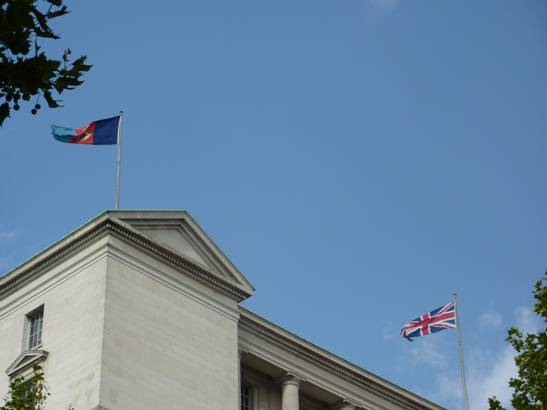 They can be put on top of buildings 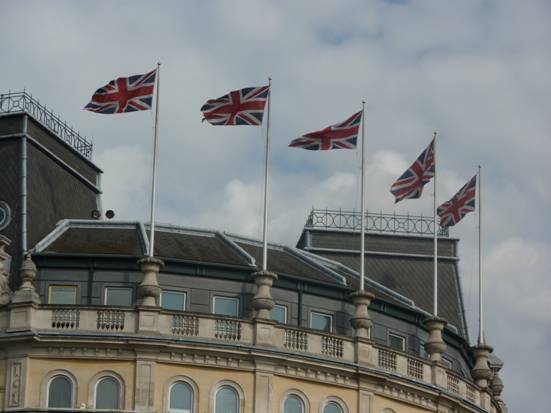 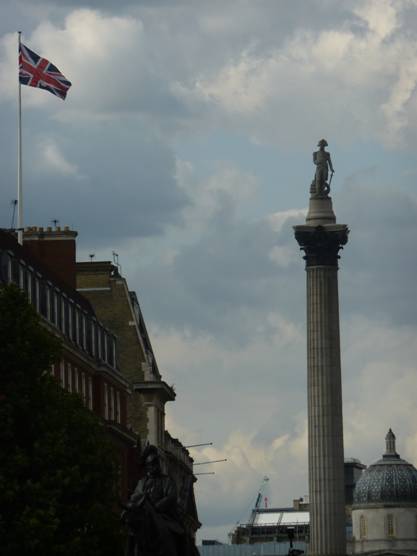 Flag poles can be vertical or horizontal 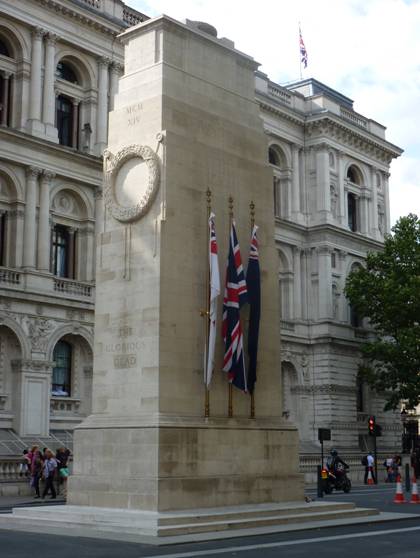 Flags are labels with a degree of majesty 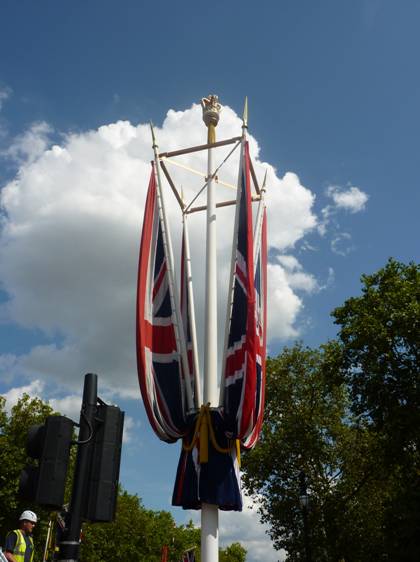 I told Bill and Bob about signal flags that can be flown from boats. Each flag represents a letter or number so that messages can be put up for people on other boats to read.

Flags have been used to send messages between boats for hundreds of years. They were hoisted high up into the rigging so that they were visible to other boats from miles away.

So all personnel should board ship

Bill and Bob said that they would invite Henry round and they could practise sending messages to each other in the garden. 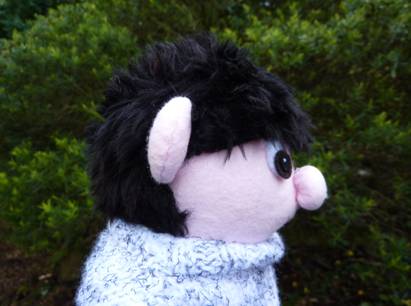 So Henry came round

In history, there were flags that gave warnings, like if there were pirates on board or even plague. You already know the pirate flag called the Jolly Roger.

Well, I am sure that you would also like to know how to send messages by nautical signal flags as well, so here they are.

If you want to use these flags to send messages, of course you could make your own and colour them in. 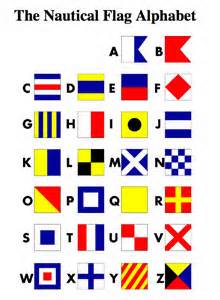 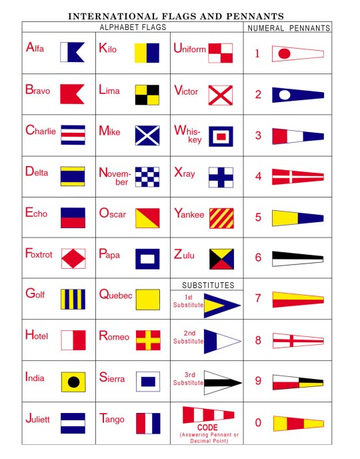 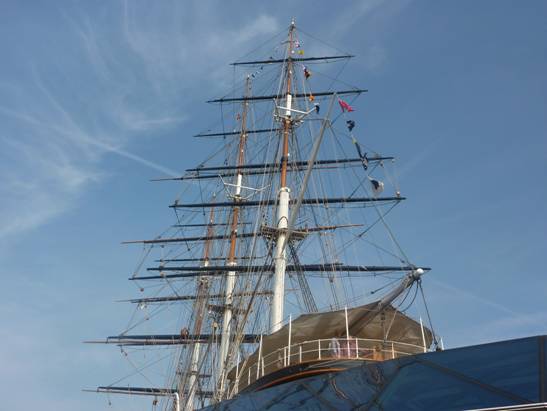 The flag at the bottom at the front is ‘s’

And read on for some more flag making ideas…

This knitted doll was featured on blog posts 21 and 22. If she ever wants to go to the beach, she will need a swimming costume and a beach bag to put all her things in.

Cut off yarn leaving an end of about 30cm

Pull this end through the stitches using a yarn needle

Pull the bottom of the bag in slightly

Sew up the bottom and side seams

The pattern for the swimming costume will be featured on next week’s post. 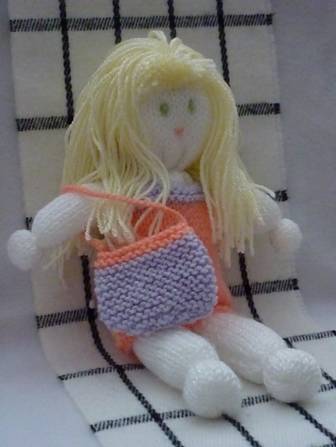 l expect that a lot of you have made sandcastles on the beach at some time. The winter here in Rocky Bay has been so warm we have been able to go for lots of walks on the beach. lt has been so warm here that we had daffodils out in December! lt is still a bit early for sand castle building though.

Have you tried making your own flags by printing flags off the internet, cutting them out and taping or gluing them to a toffee apple stick or ice lolly stick or cocktail stick? The best thing to do is make a double sized one and wrap it round the stick when you glue it together.

You could even draw your own.

Have you ever tried making fairy castle turrets? You make them by getting some really wet sand between your hands and letting it dribble into a pinnacle. You get an interesting result. You can add these turrets to the top of the towers on your castle. 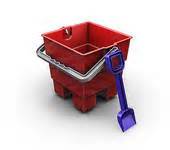 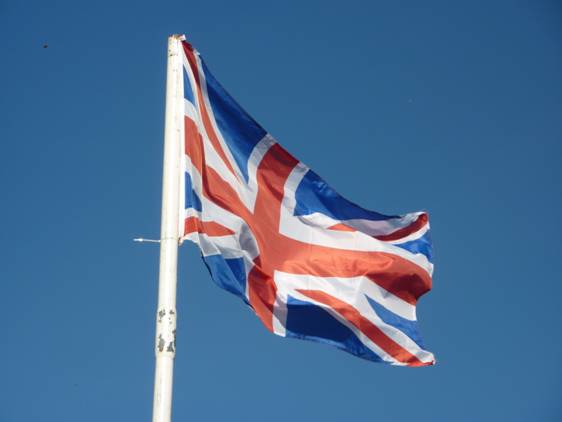 ChildLine is a private and confidential place for you to talk. This means that whatever you say, stays between you and ChildLine. You don’t even need to give your real name if you don’t want to.

If you have a problem and you want to talk to someone please telephone them. 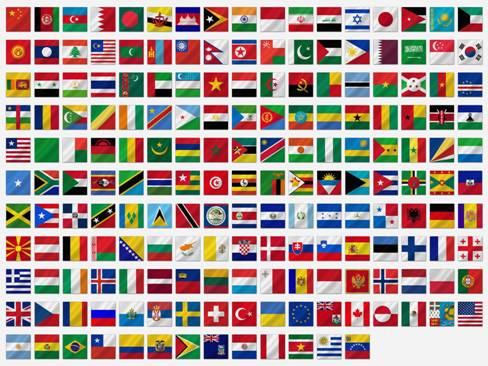 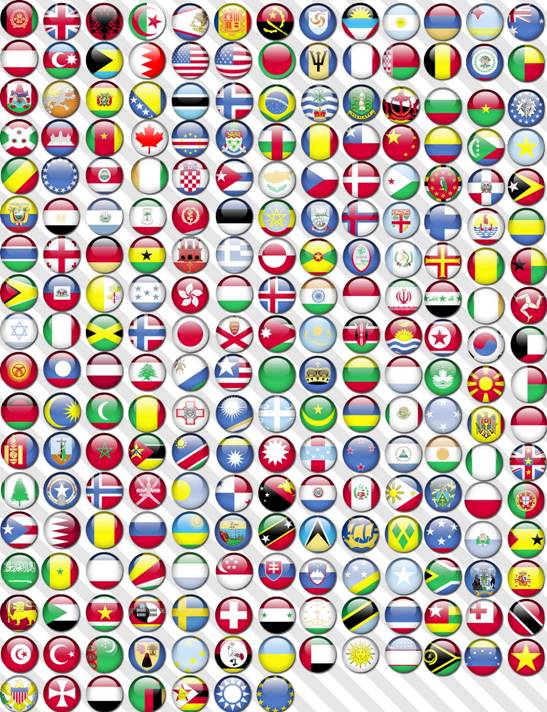 Can you spot your flag here?