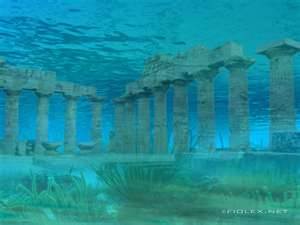 ln my last two blog posts, l have been telling you about mysteries of the sea that we sailors and ex-sailors talk about from time to time.

ln all the strange legends about the sea, there is one that can’t be forgotten and that is the lost City of Atlantis.

Atlantis was a legendary island. lt was a strong naval power but sank in a single day and night of misfortune.

According to the ancient Greek philosopher Plato, Atlantis was a city on an island that sank to the bottom of the sea due to an earthquake and floods around 9700 BC. That is getting on for twelve thousand years ago and about 1,000 years even before Plato lived.

He learnt about Atlantis from Egyptian priests who had records of lost civilizations written on their temple walls.

Atlantis was an ancient trading nation that suffered the catastrophe of being hit by an earthquake and also a flood that swallowed the whole island.

The story has fascinated historians over the centuries. Some thought it might have been in the Mediterranean Sea but others thought, like Plato, that it was in the North Atlantic, off the west coast of Africa.

Some people thought that it was just a story that couldn’t be true.

A lot of people think that Plato was referring to the Greek island of Santorini in the Mediterranean which was covered by volcanic ash after a huge volcanic eruption. lt was uninhabitable for centuries after that. Even the sea was covered in a metre-thick layer of pumice (volcanic rock) making it impossible for ships to navigate the waters around the island.

The eruption was the worst in the ancient world; the ash cloud reached as far as lreland.

ln 1967, archaeologists discovered the lost city of Akrotiri, a Bronze Age city from 3,500 years ago, on Santorini.

There were wonderful buildings, wall paintings and artefacts (things) under the ash layer. lt was a very advanced civilization for its time and the island and buildings matched Plato’s description of the lost city.

Over time, Atlantis has become thought of as a city that operated underwater rather than a city by the sea that was covered by a flood.

Then something strange happened. At the beginning of 2009, reports broke that a strange phenomenon had been spotted on the seabed of the Atlantic 3½ miles down about 620 miles off the west coast of Africa.

lt is a rectangular grid about the size of Wales. lt looks like city walls and streets set out in such an angular pattern that it doesn’t look like anything that could have been made by nature.

lt was discovered by boats mapping the ocean floor using sonar and can be seen on Google Oceans. Most people think that Atlantis was located in the Mediterranean Sea, but can they be sure?

Could this discovery have been the lost City of Atlantis?

Was the myth in fact reality?

Have a look on Google Maps and see if you can find it.

What do you think?

Bill: What do you call a ship that lies on the bottom of the ocean and shakes?

Bob: l don’t know. What do you call a ship that lies on the bottom of the ocean and shakes? 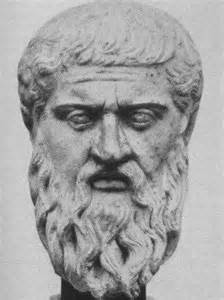 A priest from Ancient Egypt 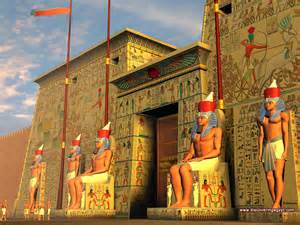 Ancient Egyptian temples had writing over their walls 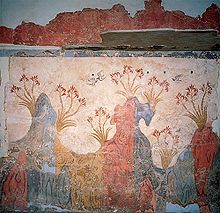 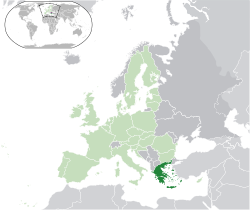 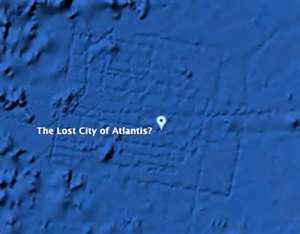 The strange feature found under the Atlantic

In Bill and Bob’s house, there is a board by the back door covered in hooks. On each hook, there is a key.

Sometimes it can be a bit confusing when trying to remember which key fits which lock.

Of course when people come round to your house to play, you need to get into the shed to get your bicycles and other toys out quite quickly! 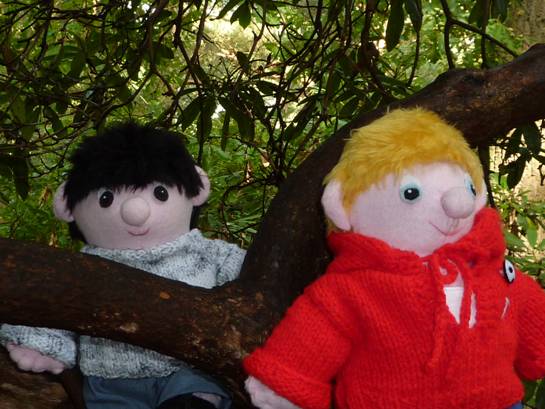 So Bill and Bob’s mum decided to make some key fobs to colour-code each key. The one in the picture is green for the greenhouse. 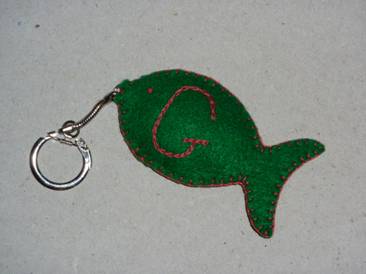 If you want to make a key fob, remember that it shouldn’t be too delicate or fragile because when it bangs against hard, sharp keys it will take a lot of wear, especially if the bunch of keys is kept in a bag or pocket for most of the time.

This fish is easy to make because fish shapes are easy to draw.

Make a pattern in paper first and when you are happy with the size and shape, cut out two pieces of felt. The fish in the photograph is 8cm/3¼ inches long. 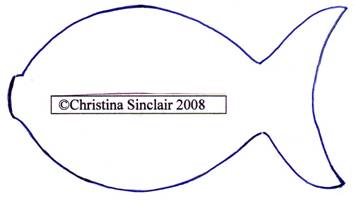 Decorate the shapes any way you like – you can embroider a letter on the side like ‘G’ for garage or ‘S’ for shed or ‘B’ for bike padlock using chain stitch. Or just have different colour fishes to label different keys. You could have a green fish for the green house and an orange fish for the shed and so on. 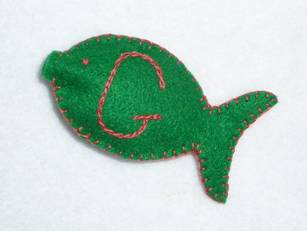 You can attach your fish to a bought key ring or just attach it to a key ring you already have with a crocheted cord. 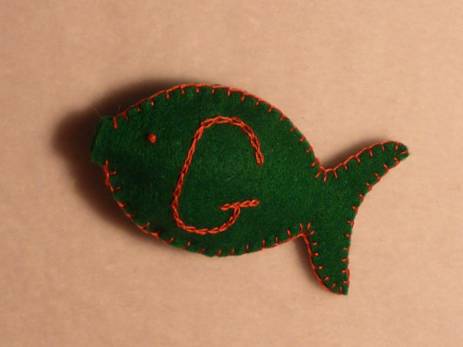 This fish key ring would make a nice present to go in a cracker. (Blog Post 58) 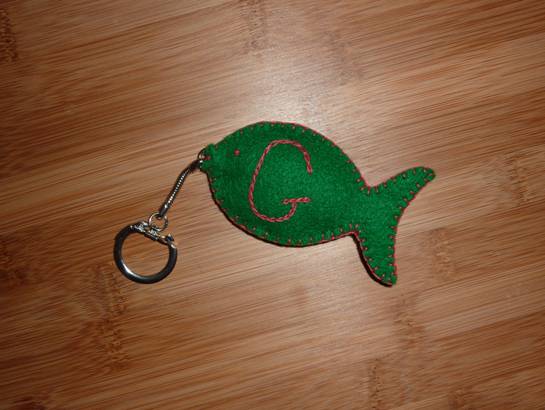 Don’t forget to watch out for the Supermoon on 14th November.  The Moon will appear to be the largest it has been since 26th January 1948.  It won’t get so close to the Earth again until the 25th November 2034.  Look out for it rising in the east when darkness falls.

Have you ever tried to grow an air plant?

These are house plants that originate from the forests of South America and other hot places like Florida. They do not need soil or water to grow in; they get their food and water from the air. The roots they produce are to anchor them to a branch.

People who keep them as house plants sometimes keep them in big shells or ceramic ornaments. ln a warm environment, they need to be misted with water when the leaves are starting to feel soft and dry and are looking a bit shrivelled, which means you will want to keep them on something waterproof. Don’t keep them in wooden or metal boxes.

Whether you use a plant misting bottle or a rinsed out squirty bottle (from hair conditioner for example) or even your favourite water pistol, the plant should be dry on the outside after about four hours.

So even if your air plant is the first person you have ever met who actually likes being squirted with your water pistol – don’t overdo it!

You could also keep your plants in pots of gravel or pebbles or sand or ceramic beads; you could keep them in a glass jar or a beautiful glass. lf you use shells you have collected from the seaside, then wash them first because you plant won’t like any salt residue that might be on them.

Keep your plant in a well lit room but not in direct, hot sunlight because the leaves will scorch.

lf your plant has babies, do not remove them to grow on their own until they are about one third to one half of the size of the parent.

Remember that you should not take plants from the wild. 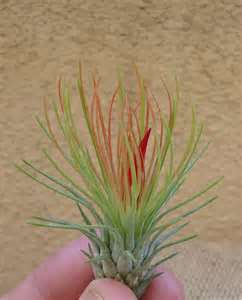 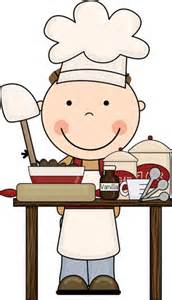 HOW TO MAKE A BANANA TRlFLE

Most people like trifle. They must do – it has been around for 400 years!

You can make this recipe in a large dish or individual dishes.

Don’t forget to wash your hands and make sure that you have all the ingredients that you need before you start.

*You may need to ask permission to use a knife.

Squirt some toffee sauce onto the banana slices

Add a layer of cold custard from a can or box

Add a layer of whipped cream

Decorate with grated chocolate or flaked almonds – or however you like

Let your family dive down into their trifle and see what they discover! 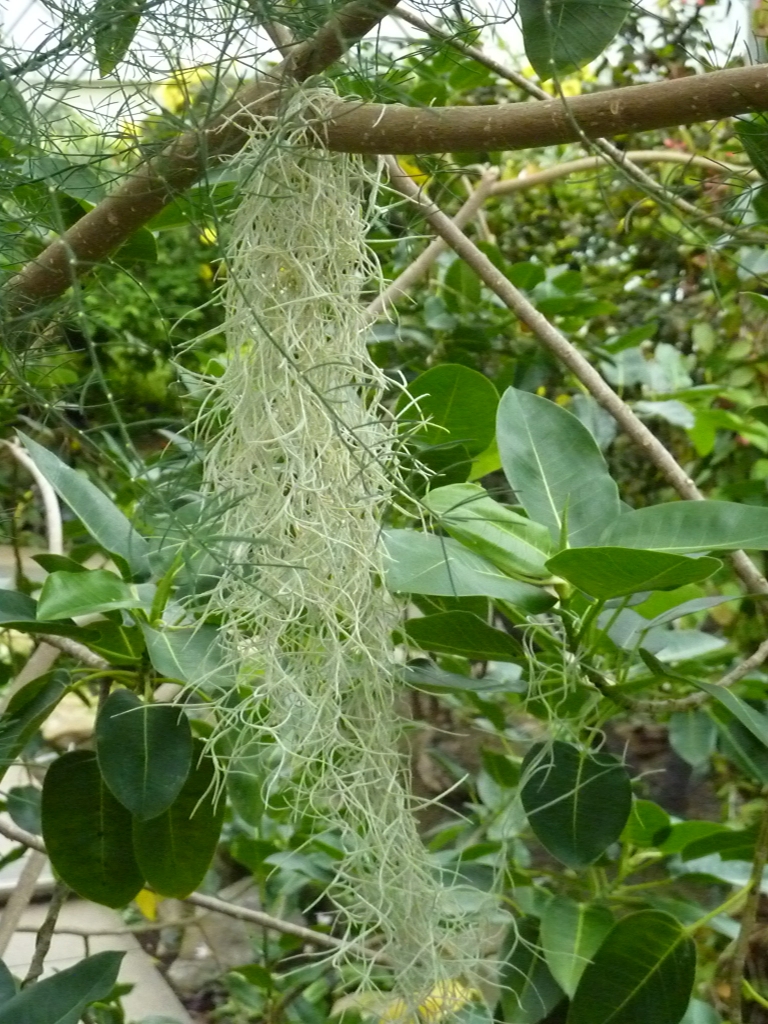 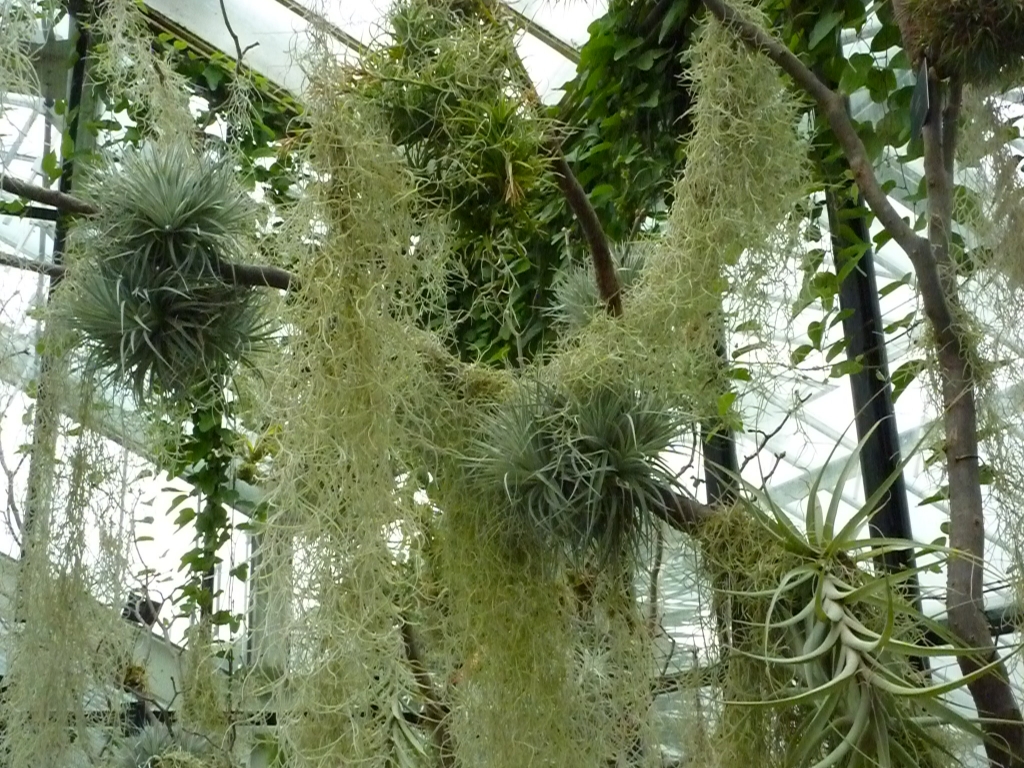