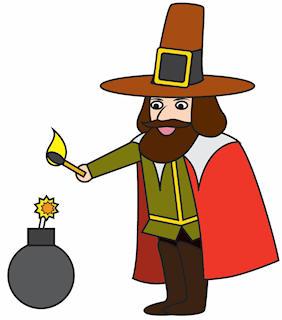 Do you know this poem?

Remember, remember the fifth of November

Remember, remember the fifth of November

A date that shall ne’er be forgot

lf you don’t know why we celebrate today, l will tell you.

They were trying to overthrow the monarch.  They were planning to commit high treason.

Guy Fawkes is the most remembered person in the group.

He was not the leader of the gang, but his job was to guard the gunpowder and ignite it when the time was right under the parliamentary chamber.  And he would have set it off if he had not been apprehended by the authorities when he was.

The Yeomen of the Guard still search the cellars of the Houses of Parliament with flaming torches before the State Opening of Parliament every year in November.

You might think that naked flames are not the best thing to carry around in such and old building, but it has been the tradition for a very long time.

Guy Fawkes and his confederates were unhappy about the treatment of Catholics in England under James l, which is what prompted them to make the plans they did.

Strangely enough, you might not know this but, Guy Fawkes was actually born a Protestant.  Protestantism was the accepted religious practice in England at the time.

His mother’s parents were Catholics and refused to attend Protestant services and when his father died (when Guy Fawkes was eight years old) his mother married a Catholic man.

These Catholic influences shaped the convictions that Fawkes had when he grew up to be a man.  He saw James l as a heretic.  That means an enemy of the church – what Fawkes thought to be the ‘true church’.

By the time he was 21, Guy Fawkes had sold the estate his father had left to him and gone to fight for Catholic Spain against the Protestant Dutch in the Eighty Years War, where he proved himself to be a competent (able) soldier.  Whilst in Europe, he adopted the ltalian version of his name – Guido.

While he was fighting in Flanders, Fawkes was approached by Thomas Wintour, who asked Fawkes to join what is now known as the Gunpowder Plot headed by Robert Catesby.

The group wanted to murder the king and replace him with his daughter, Elizabeth who was third in line to the throne.

Fawkes’s expertise in dealing with gunpowder gave him a key role in the plan to blow up Parliament.

The first meeting of the five central conspirators took place on Sunday 20th May 1604, at an inn called the Duck and Drake, in the Strand, (the area between the City of London and the City of Westminster).

After eighteen months of planning, the authorities caught Fawkes in the act of setting up the explosives, thirty-six barrels full of gunpowder, only six hours before the planned explosion.

He was arrested at midnight between 4th November and 5th November 1605 beneath the House of Lords.

The building where this happened no longer stands because it was destroyed by fire in 1834.

James l’s spymaster, Robert Cecil, was given permission by the king to torture Fawkes.

Fawkes withstood two days of torture.  The torture had increasing severity.  After being put on the rack he was in terrible pain and confessed all.

There are two very famous signatures of his taken before and after this torture.

The second is very wobbly because Fawkes’ hand could hardly even hold the quill pen after the torture he was subjected to.

After a trial, Fawkes was condemned to death and his execution was set for 31st January – the punishment set for high treason up until 1998.  He was to die along with seven other conspirators.

The death sentence was to be hung, drawn and quartered.  This is not the same as hanging which will cause death.  People were hung and cut open while they were still alive.

But after watching the others executed, Fawkes jumped from the gallows and broke his own neck, (which killed him), to escape any further pain.

Who could blame him!

His body was chopped into four pieces and sent to the four corners of the kingdom as a warning to others not to try to challenge the king’s authority.

At this point, Fawkes was seen as public enemy number one, and has, ever since been represented as an effigy put at the top of bonfires to mark the date of the foiled plot.

The resolve, after the conspirators were brought to justice, to suppress Catholics was strengthened, and not lifted for a further 200 years.

lf you want to know what happened to Catesby, he was killed evading (running away from) capture and so was never tried and publicly executed.

Londoners were encouraged to celebrate the king’s escape from assassination by lighting bonfires.

An Act of Parliament which assigned each 5th November as a day of thanksgiving, remained in force until 1859.  Fireworks were lit alongside the bonfires from the 1650s onwards.

After 1673, an effigy (usually the Pope) was put on the fire and in modern times effigies of the ‘un-liked’ have been put on large, public bonfires instead.

These are often politicians.

Although small ones still carry little Guys made with old clothes stuffed with newspaper with mask put on the front of the head.

You probably don’t even bother with a guy anymore, maybe not even with a bonfire.

People still enjoy fireworks though.  lf you walk through the streets at night at this time of year in a big city, you will actually smell gunpowder in the air, there are so many of them going off.

We are all off to the Rocky Bay public display tonight.

As soon as it gets dark they will start serving hot dogs and jacket potatoes out on the green so that we can eat and keep ourselves warm while we watch.

lt is going to be really exciting.

Don’t forget that if there are any fireworks in your house – do not touch them.

Leave them to an adult to deal with.  This is very important.  lt is dangerous for little children to touch fireworks.

Bill:  Do you know what happens when you feed a dinosaur explosives?

Bill:  You get dinomite! 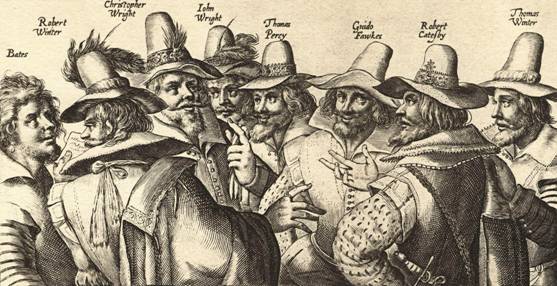 Signature before and after torture

After going to see the fireworks, we all went back to Auntie Alice’s cottage to have something to eat.

Yes, can you believe it?  We were all hungry again.

The children wanted to see the kittens again as well.

They are growing fast.

Auntie Alice had shut the kitchen doors up tight and shut all the curtains in her cottage.

The flashes and bangs from the firework display were well away from her cottage luckily.

When we arrived there were lots of sausage rolls hot from the oven ready for us to eat.

They were so tasty!

We all had a wonderful evening – even the animals!

A tablespoon of dried sage

Simply sprinkle the sage over the pastry and roll the sausages up in the pastry.

Cut between the rolls and cut the sausage rolls again into four if you want to make party-size ones.

Put onto a baking sheet leaving room for the pastry to expand.

Bake in a moderate oven for 30 minutes.

So how much do you know about Fireworks Night? 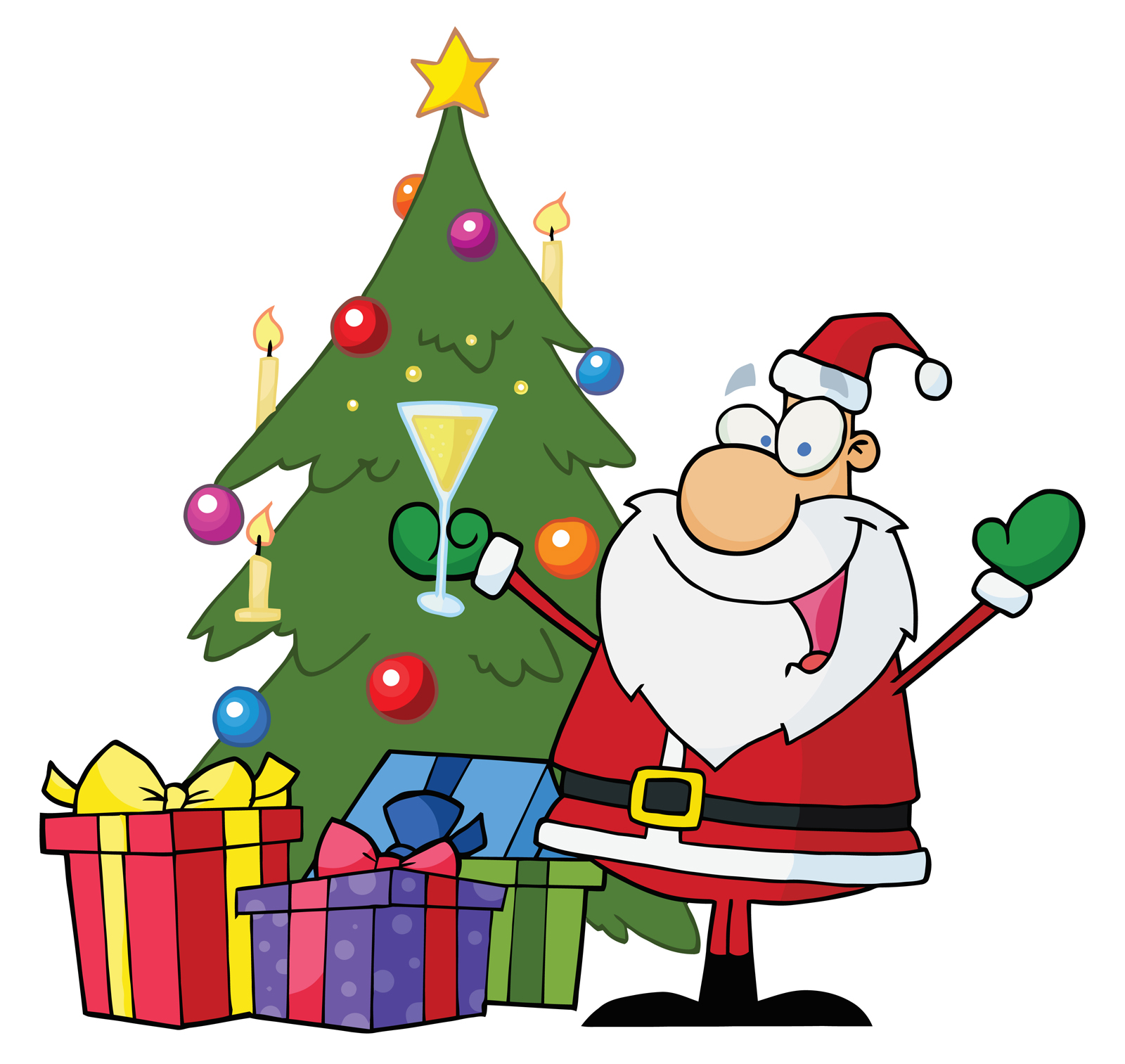 HOW TO MAKE A SEASONAL SWEATER FOR A 12” DOLL

Of course once Halloween and Guy Fawkes Night are over, the next thing people turn their thoughts to is Christmas.

If you start knitting this sweater now it should be ready for your doll when the holidays are here.

SWEATER BACK AND FRONT (KNIT TWO)

Using Swiss darning embroider a dark green fir onto the front of the sweater before sewing together.

Find the centre of the front and start embroidering on the trunk of the tree on the seventh row up from the top of the red bottom. 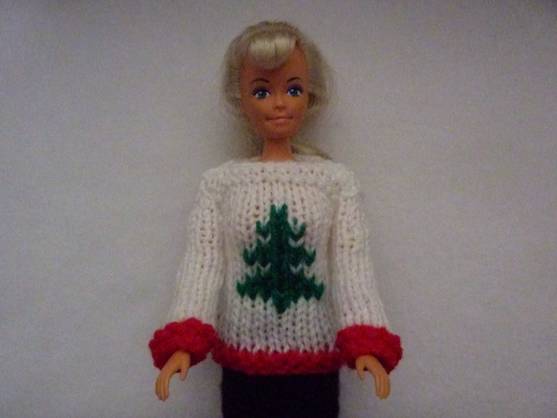