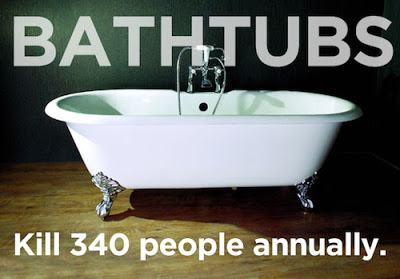 ln 1975, a film was released that was to become famous all over the world.

The opening sequences were accompanied by a limited selection of low and menacing music notes which struck terror into the hearts of the audience.

The film told the story of a twenty-five foot, great white shark which terrorized the tourist beaches of a small community on the eastern coast of the United States.

The name of the film was Jaws.

lt instantly became a sensation all over the world and terrified audiences of millions of people in about forty countries.

Some people stopped swimming in the sea.

Some people would not even swim in swimming pools anymore!

This film had a huge effect on people and they became truly frightened of sharks.

The story was taken from the best-seller book of the same name.

lt was written by Peter Benchley who got the inspiration for his story from the true account of a fisherman who caught a 4,550 lb great white shark off the coast of Long lsland, a densely populated island in New York State.

The story from the book was changed and shortened to be better suited to the big screen adaptation.

Peter Benchley co-wrote the screen play and even had a cameo (small) role in the film as a television reporter.

At the time, the movie became the most successful movie ever made.

The film was full of gruesome attacks on people and photographs of real injuries inflicted on people (that weren’t actors) by sharks.

There were also photographs of enormous jaw bones showing how big sharks can be, as well as scary facts about how bathers in the sea are vulnerable to attack – most shark attacks take place in three feet of water only ten feet from the beach, they said.

The film is now sometimes shown on the television (with the most gruesome parts taken out) and sequels were also made.

But the version that was shown in the cinema can only be seen on the DVD and you have to be over twelve years old to see it.

Of course, a lot of what is seen in the film is special effects, and apparently the robotic shark, named Bruce, used for some sequences, caused a lot of problems, as the salty sea water affected his mechanics.

The movie was shot in Martha’s Vineyard on Cape Cod partly because of the large expanse of shallow water just off the shore.

Real great white sharks still swim just off the beaches here, coming in to find seals to eat.  They are still a danger to bathers.

There was some footage of real sharks inserted into the movie and this was filmed off the coast of Australia by two famous shark experts, divers and film-makers, called Ron and Valerie Taylor.

The film did nothing for the reputation of sharks.

There are many horror films; but this one was especially scary.

This film recounted a story that was very believable, the monster was not fictional or from outer-space.  There was something very sinister about being attacked by something from under the water that you could not see coming.

And of course, people really are attacked and killed by sharks every year.

The worst attacks are in the South Pacific around the shores of Australia and lndonesia because the sharks here are the largest and have the biggest mouths.

Mass hysteria followed the release of the movie Jaws.

Millions of sharks were killed in all the decades that followed.

Some scientists reckon that maybe up to one hundred million sharks are killed every year.

Their numbers have been decimated.

The great white shark numbers may have dropped by up to 90%. One quarter of all species are in peril of extinction because of over-fishing.

Scientists and sea-life centres are trying to educate people into understanding that most sharks are not a threat to humans.

ln fact, scientists believe that sharks don’t even like eating people that much, because, for them, people are bony prey.   They much prefer large fish and seals because they have plump and fleshy bodies.

lt seems that most people that are attacked by sharks are wearing dark-coloured swimming costumes, which means that they may look a little like a swimming seal from below.

People also attract a shark’s attention when they start splashing about.  They are emulating (copying) the actions of a fish in distress.  Any animal in trouble or injured is easy prey to attack.

lt is true that sharks are very efficient at finding their prey.  They can smell a drop of blood from a quarter of a mile away – and some people think that this distance is even larger.

They are graceful swimmers with a powerful tail. They are built for speed but can also migrate huge distances between continents.

But people can be protected from sharks.

Beaches where both people and sharks swim, can be protected by large underwater nets to keep the sharks at bay – literally out of the bay!

Some popular beaches also have people stationed on high lookout points watching out for sharks, and can give warning by blowing whistles if they see any large mass in the water moving towards the beach.

You may be interested to know that, every year, more people are killed by dogs, cows, deer and even selfies than sharks.

Bill:  lf they made a film about a shark terrorizing a Scottish lake, what would it be called?

Bob:  l don’t know.  lf they made a film about a shark terrorizing a Scottish lake, what would it be called? 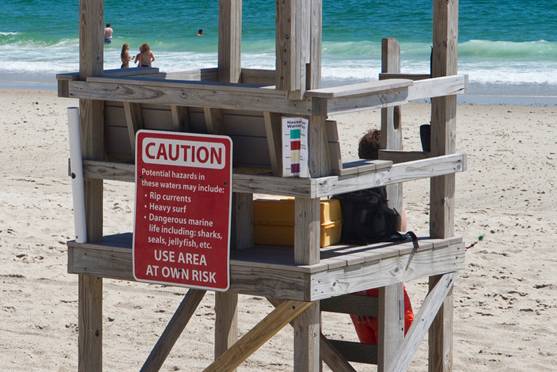 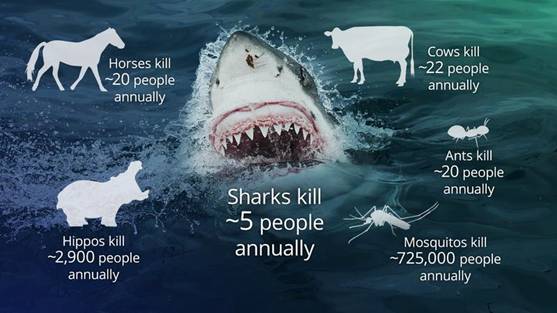 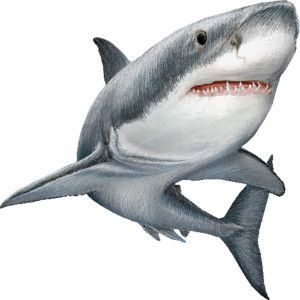 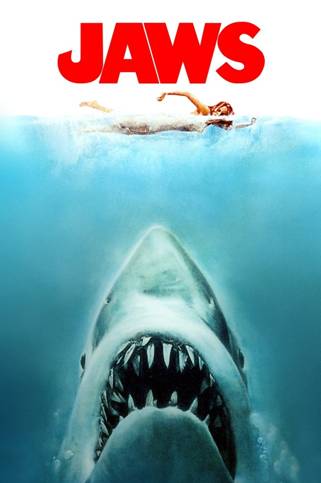 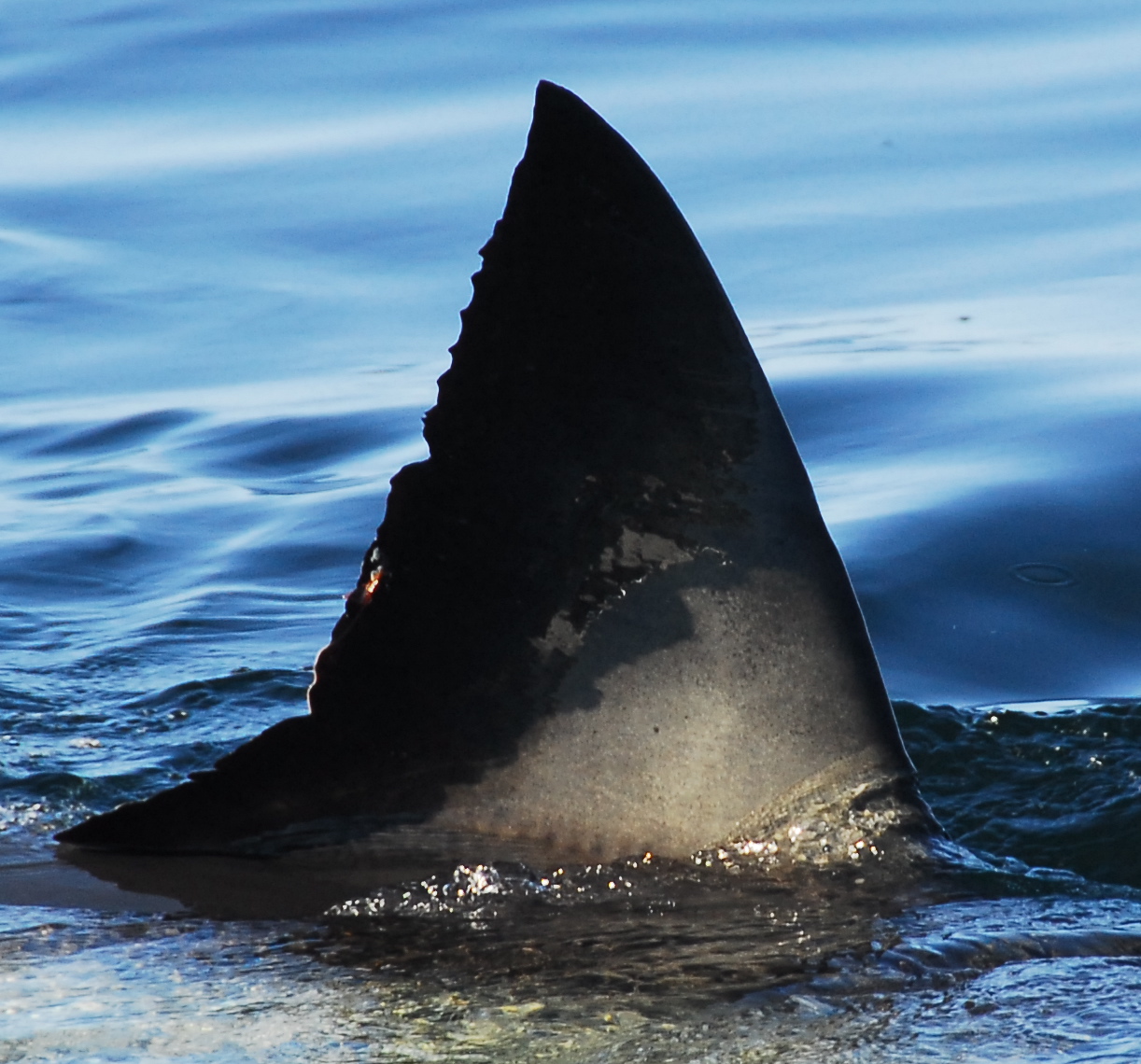 A couple of weeks ago, Auntie Alice found some large envelopes full of hollyhock and foxglove seeds that she had put away in her shed.

She really thought that the supply was too much for her garden and asked Miss Pringle if she would like to have some of them for a class project.

The children could grow the seeds in the classroom and plant the flowers out in the Rocky Bay community orchard in the springtime.

The foxgloves would not flower for another two years but when the plants established themselves, they would eventually all self-seed and spread in the years to come.

Both hollyhocks and foxgloves are well-loved by bees.

Miss Pringle thought it was a wonderful idea, and set aside some room in the classroom by the window.

Miss Pringle explained that when a seed sprouts, its root will first of all go downwards.  This is called being geotropic.  It is the plant root growing towards gravity.

Then the shoots would grow towards the light.  This is called being phototropic.

Tropisms refer to the direction of plant growth.

When the plants are big enough, and the weather is nicer, the children will make a visit to the community orchard and plant their plants out around the trees.

The flowers will be a beautiful sight.

Scientists discovered that sharks have a distinct structure to the surface to their skin that reduces resistance to the water they swim in; it creates less drag. The skin of a shark also resists infection because bacteria cannot stick to it.

So scientists have created a similar man-made structure to put onto the surface of cars and aeroplanes to help reduce fuel consumption and swimwear to help swimmers swim faster. They have also made materials to use in hospitals with these special surfaces to reduce the transference of infections.

Scientists have been studying shark DNA too.

Sharks have the ability, apparently, to change their DNA in order to fight disease.  This is something that humans cannot do.

Scientists want to find out how sharks do this so that they can see if they can use the information to cure human diseases.

They may change sharks from killers into life-savers!

Can you unmuddle these words to find species of sharks? 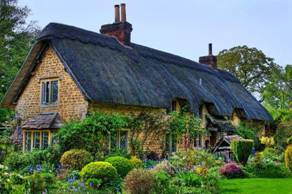 HOW TO MAKE A LlTTLE THATCHED COTTAGE BAG

This is a tiny thatched cottage that can hold tiny things like hair ties or hair clips.  Tying your hair up when you go swimming is a good idea, especially in a swimming pool.

You could use this bag as a gift bag if you wanted to give your friend a bracelet or necklace that you have made for them.

Auntie Alice made a few of these bags and filled then with hair clips and ties for her shoe boxes for orphans and needy children project.

She has made a really good start on the project, and has a bag full of things she has made already.

Using Swiss darning, embroider a door and window onto one house panel to make the front of the house, and a window in the centre of the other to make the back of the house 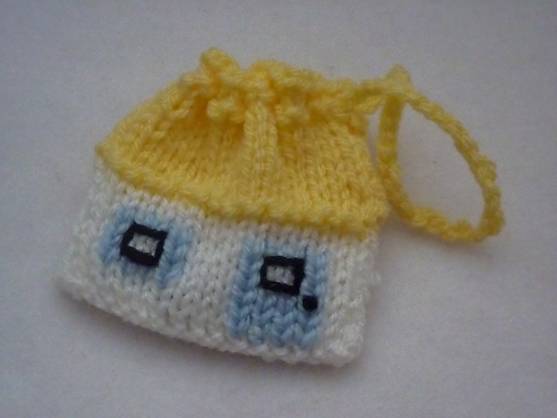 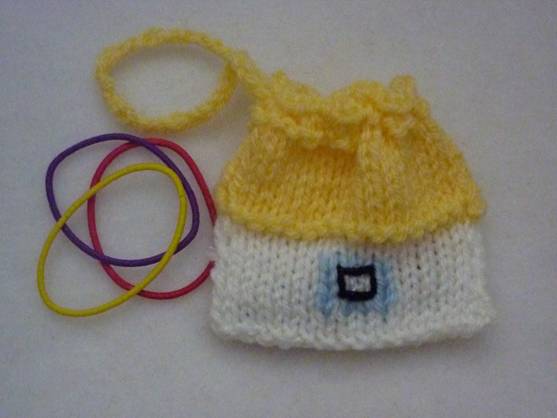 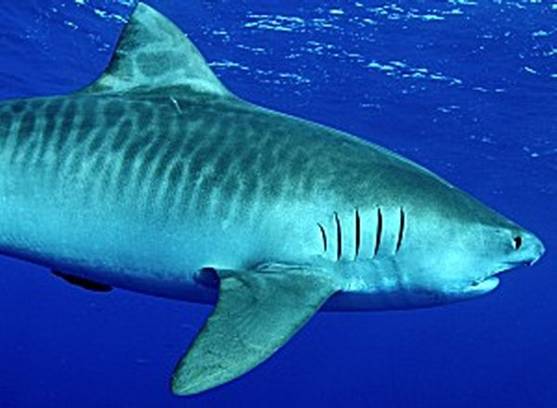 Tiger shark – look at the stripes on the shark’s back