The Pirates of Rocky Bay

ln Rocky Creek, there is moored, a very strange vessel named Black Jack. lt belongs to one Barnacle Bob the Pirate known to everyone in these parts for the colourful stories he loves to tell about his past exploits.

With him lives his trusty cabin boy Jim.

The good folks of Rocky Bay take all Barnacle Bob’s yarns told at great length with gruesome and graphic detail in the snug of the Rusty Anchor lnn with a pinch of salt.

What really gets Barnacle Bob riled up though, is the occasional appearance of his arch rival Jolly Roger.

Their feuding goes back many a year.

No one can really remember what started all the rivalry in the first place.

lt could have been an argument about a hoard of gold that one of them buried once. He then forgot where he had put it.

The other heard of what had happened and tried to find it himself.

Neither of them have had any success in finding it since.

Or it could be because they are always trying to beat each other in skittles tournaments in the Rusty Anchor lnn.

The trouble is that they will insist on using real cannon balls to roll at the skittles!

lt gives a whole new meaning to the phrase ‘shiver me timbers’ l can tell you.

When one of them says ‘shiver me timbers’, it is literally true, because the whole pub shakes with all their banging about.

Luckily the floors at the Rusty Anchor are very strong!

Once, Barnacle Bob broke Jolly Roger’s big toe. Jolly Roger, known for his raucous laugh and for his liking for telling his earthy, pirate jokes and then laughing at them louder than anyone else, was not laughing much that night.

Another time Jolly Roger broke Barnacle Bob’s ankle bone in a similar overheated skittles game. Needless to say, he was not too happy about that either.

Or it could be because at one time they both had been smitten with the same fair maid. Neither of them got very far.

They do say that in the end she tired of their bickering and ran off with an accountant, and is now living happily in Chipping Norton.

l’ll be back with more ripping yarns next week.

Bill: Do you know what happened when a fight broke out at the seafood restaurant?

Bob: No. What happened? 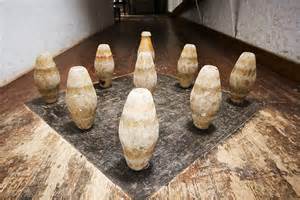 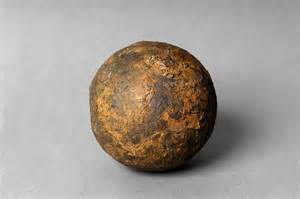 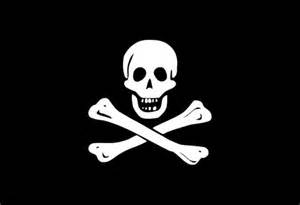 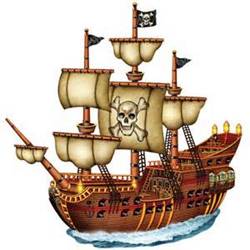 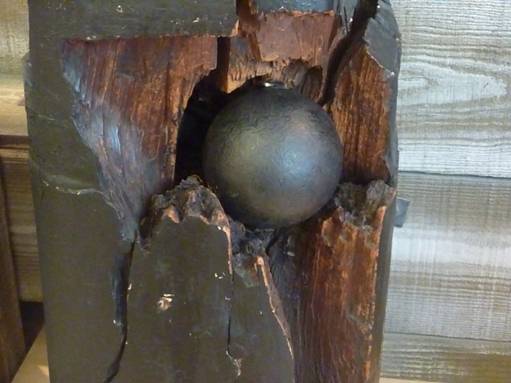 The damage a cannon ball can do

Barnacle Bob and Jim his cabin boy are often to be found in the Rusty Anchor. And sometimes Jolly Roger is in there as well – but hopefully not together! 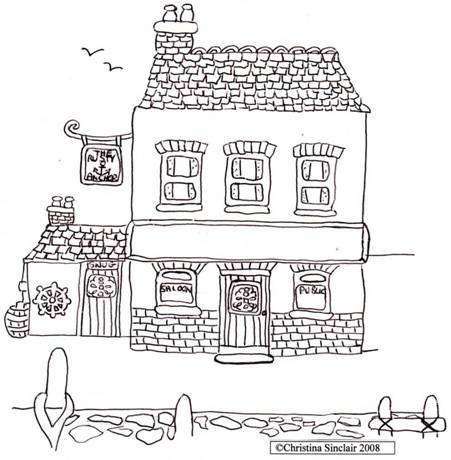 But there is another pirate that sails the waters around here called Calico Jack.

He named himself after the famous pirate from history.

He spends most of his time on his vessel, and as he sails up and down these waters there is nothing he likes more than running the local pirate radio station.

It is called R-R.

Which of course stands for Radio Rocky Bay – but you have to say it with a pirate’s voice to get the full effect!

(Actually, I can let you into a little secret here. Calico Jack is really Mrs Miggins’ son. She, like all mothers, wanted him to get a ‘proper’ job like a bank clerk or policeman when he left school but he was intent on becoming a pirate. She is actually quite proud of him now because his show is so loved by the tourists that come to Rocky Bay – and of course the residents as well.)

His show certainly adds a ‘certain something’ to the whole vicinity.

The radio station was first launched on 19th September which as you all already know is ‘International Talk like a Pirate Day’.

The radio station is received by the residents of Rocky Bay and is live for most of the day. Calico Jack has to sleep at night of course.

And if he ever stops off here at my lighthouse for tea and buns as people sometimes do, he can leave a tape playing to cover his break time.

The radio station can often be heard in public places like the Rocky Bay Supermarket which of course the tourists love. This is because the sound of Calico Jack’s voice introducing the records gives them such a flavour of the area.

Reg listens to the R-R Breakfast Show every morning while he polishes his glasses at the Rusty Anchor.

Mrs Miggins listens to it while she is cooking breakfast for her boarders.

Gladys Friday listens to it while she tidying the Rocky Bay Tourist Information Office and checking that her leaflet stand is well-stocked.

Betty Clutterbuck in the Rocky Bay Tea Rooms listens to it while she is busy loading her oven with bread, cakes and buns ready for the day’s trade.

Amanda Livers the post mistress listens to it while she is sorting out the mail in the Rocky Bay Post Office. Miss Livers has the radio on for the customers in the queue to hear too sometimes. It makes their wait more enjoyable!

The Rocky Bay Coastguards listen to it while they polish their helicopter.

Of course the nice thing about having such a local radio station, is that the residents of Rocky Bay don’t have to ask for requests to be played on their birthdays – because Calico Jack already knows when everybody’s birthday is!

What’s more he knows everyone’s favourite recording artists so they must like the song he plays for them.

Isn’t it wonderful when someone is that dedicated to their job! 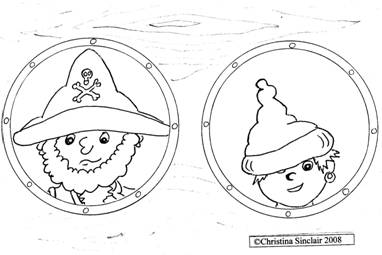 If you need more information on how to speak like a pirate, here are some useful phrases (with translations)…

Belay – tie something down / stop / ignore

Landlubber – a slow, clumsy person who doesn’t know how to sail

Parley – negotiations between groups of pirates

Run a rig – play a trick

Savvy? – Do you understand and do you agree?

Shiver me timbers – Gosh, I am surprised!

Splice the mainbrace! – Give the crew a drink!

Thar she blows! – I can see a whale over there.

By the way – if you ever find the Rocky Bay pirates treasure you won’t tell them, will you! 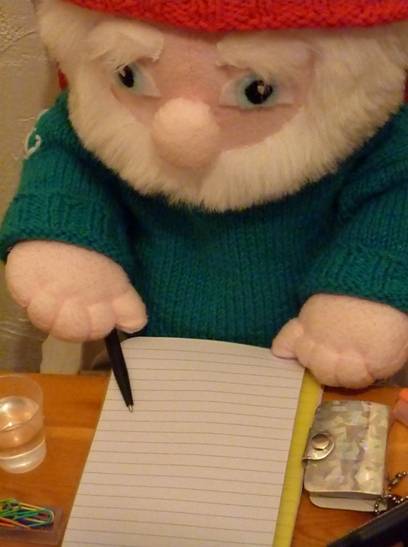 Winter is really on its way, and this is your last chance to collect seeds from this season’s crops. 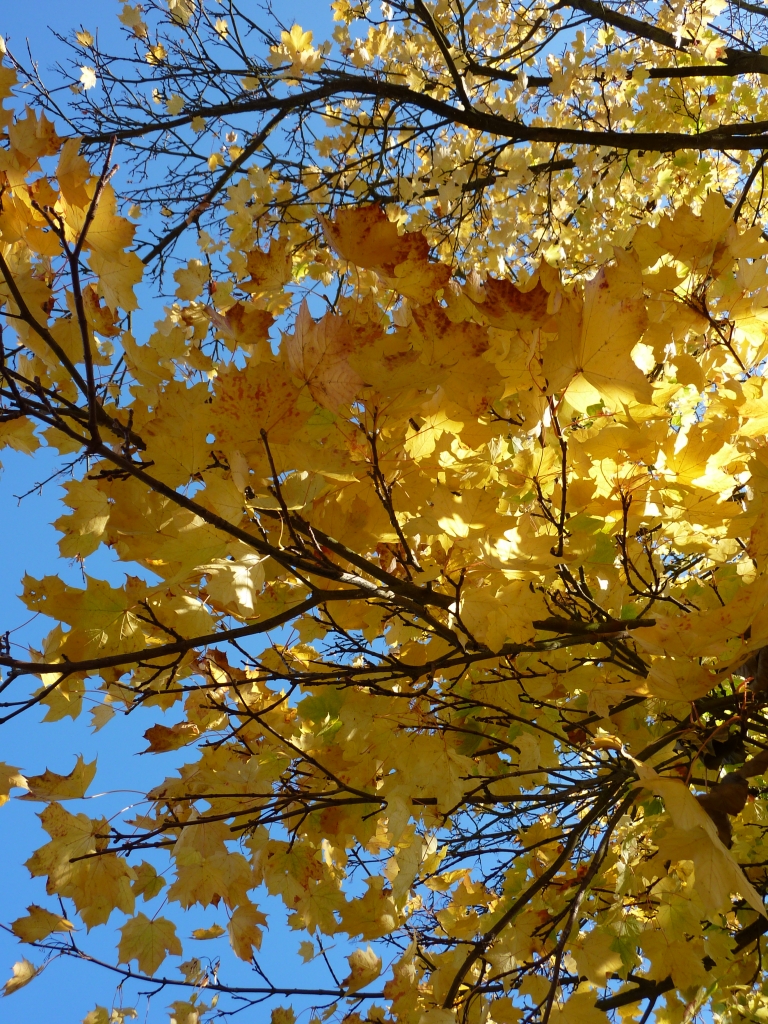 This is a really neat idea for making seed bombs. 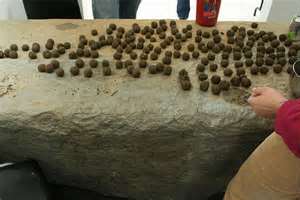 Seed bombs are a way of planting seeds in places that are hard to get to – most seeds are light and will blow away if you throw them out of a car window or over a fence as they are – but please remember some very important things:- 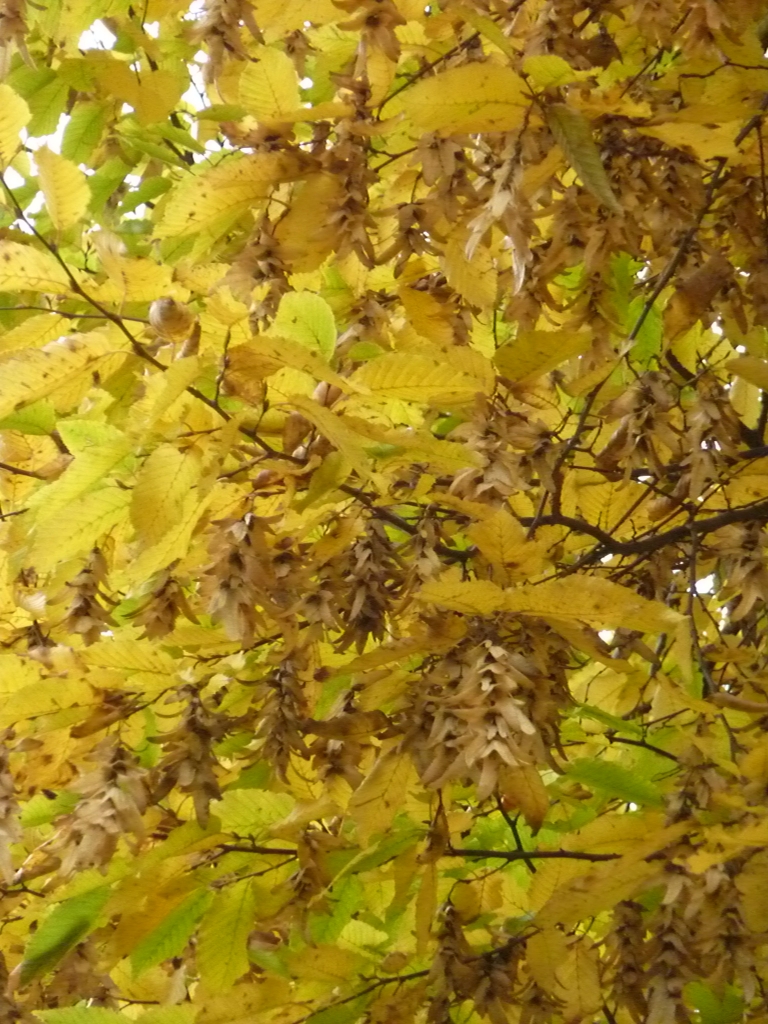 Put some clay powder and compost and flower seeds in a bowl in equal proportions and add water in very tiny amounts as you stir.

When the clay mixture is sticky, roll it into little balls and leave on a non-stick surface to dry. Flattened carrier bags could be used.

(Or you could use a silicone sweet makers’ tray.)

Keep your seed bombs in a strong paper bag or a box and keep them dry.

Then you can have fun launching them into a place that could do with some wild flowers. 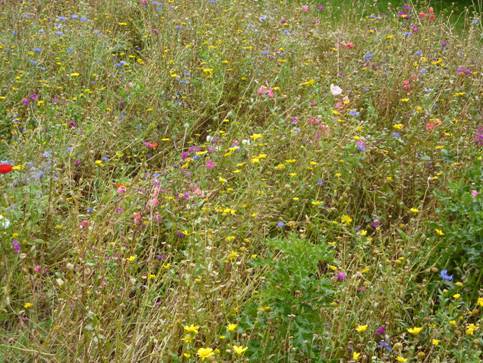 If you collect seeds yourself, it will make your seed bombs much cheaper 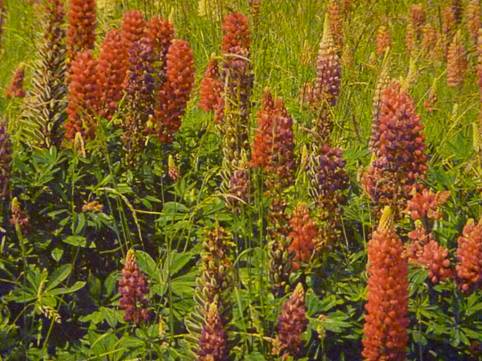 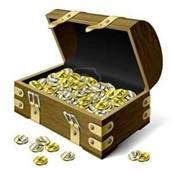 HOW TO MAKE A RlNG BOX

This is a handy little box to put your rings in or other jewellery when you are having a bath – or it can sit on your dressing table or bedside cabinet if you take you rings off at night. It makes a sweet little present for someone too.

This is the first time for a plastic canvas project to be featured on this blog.

It can help you with your maths learning as well. You need to do a lot of counting and it helps you learn about geometric shapes and how they can sometimes fit together. 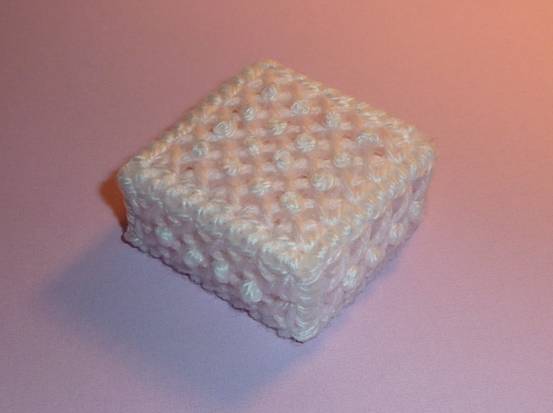 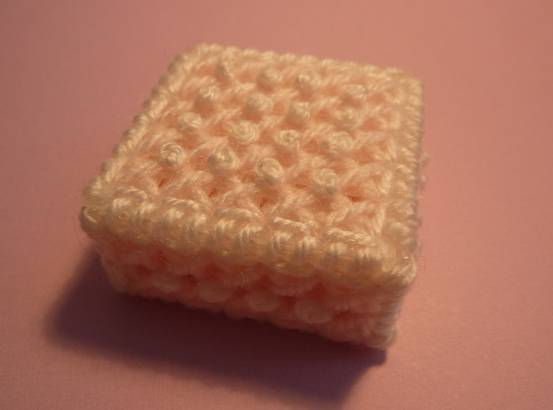 Trim the edges so that they are smooth – but be careful that all the little bits don’t go everywhere! 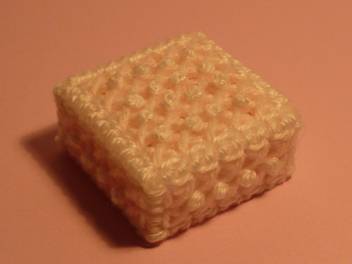 When counting your rows before cutting plastic canvas, thread little lengths of left over yarn along where you want your cutting lines to be (they will be along lines of holes) and then double check you have counted properly before you start cutting. Looking at all those squares can make you a bit boggled-eyed

so it is best to check.

It is usually better to have an odd number of holes the length and width of a panel because canvas work stitches usually require odd numbers of holes. Also, to work with lengths of yarn that are not too long otherwise they get scuffed when being pulled through the canvas so many times.

Decorate your panels with canvas work stitches in tapestry wool or knitting yarn. When planning how you will cover your panel, work from the centre of your panels outwards. For this pattern continue as follows: 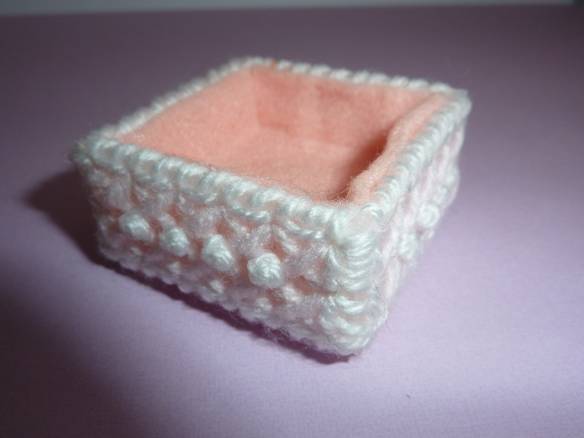 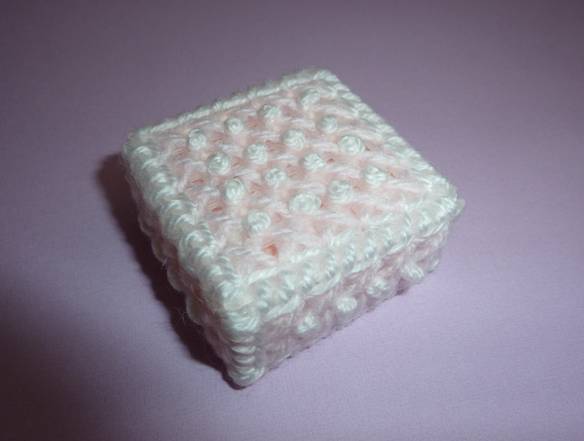 Construct your box by using over-sew stitches. Sew the sides to the base first and then sew up the sides. Over-sew along the top edge as well. All the plastic should now be covered. 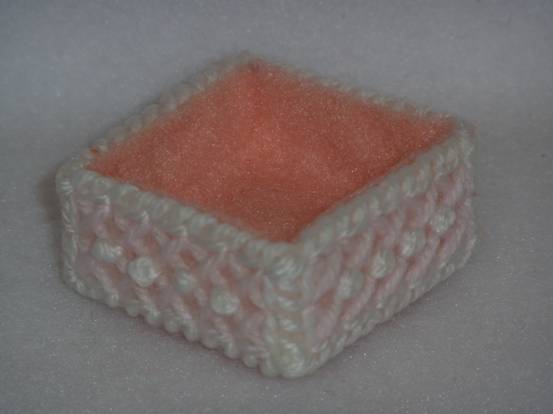 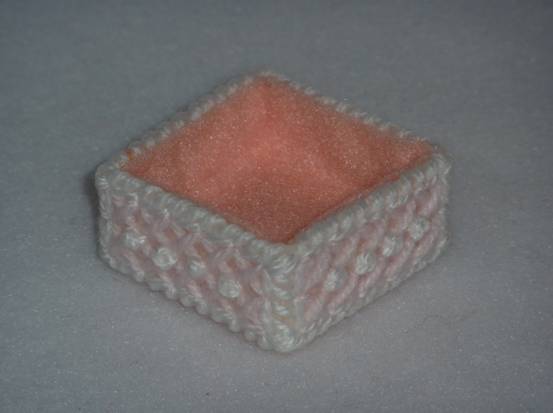 An easy way to do a French knot (assuming you are right-handed).

Of course, you don’t have to wind the base of the thread or in this case yarn three times around the needle. Fewer times will create a smaller knot and more will create a larger one; it is your choice. 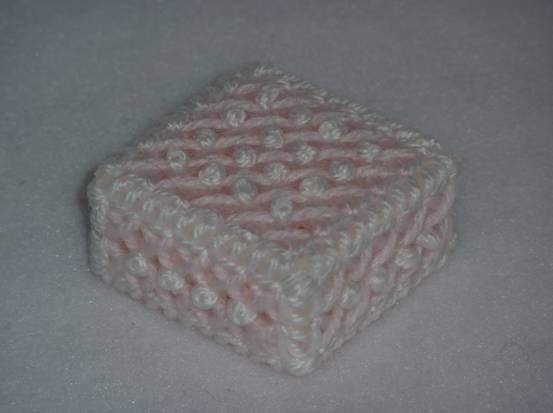 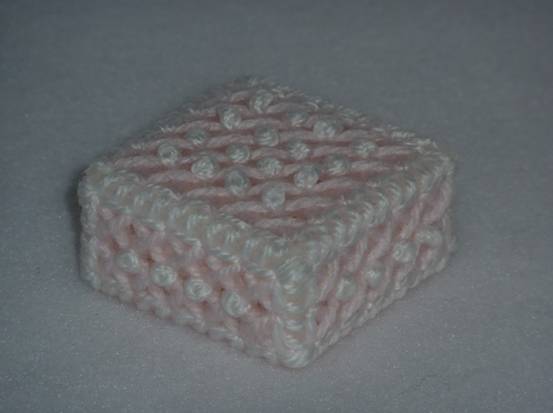 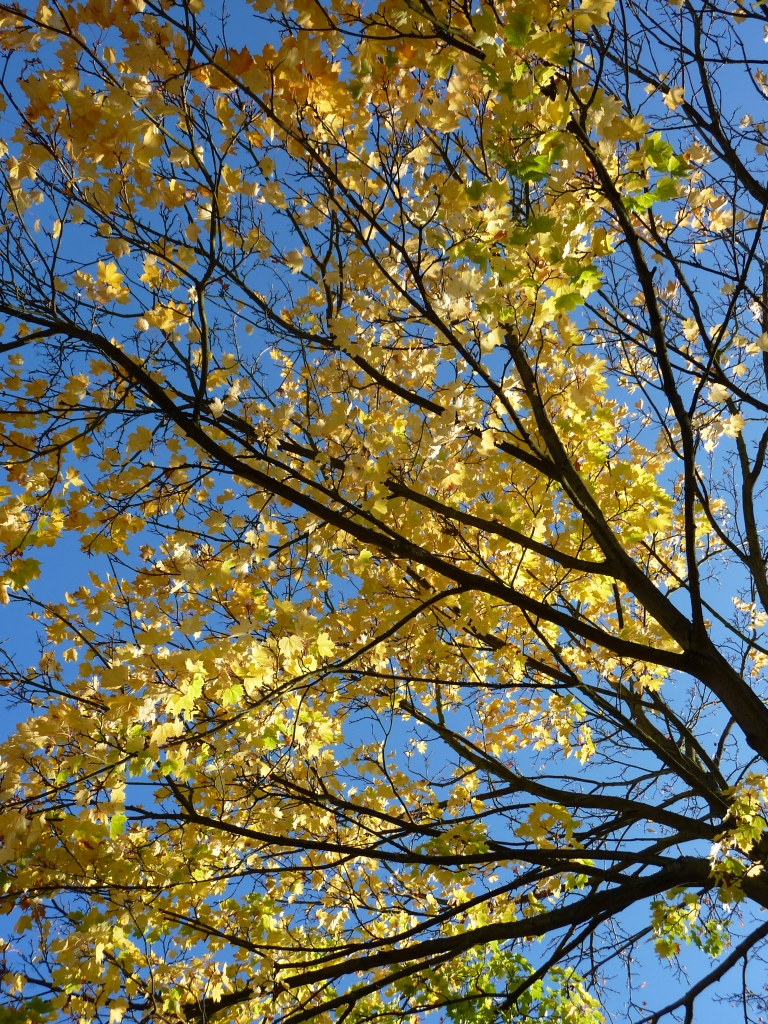