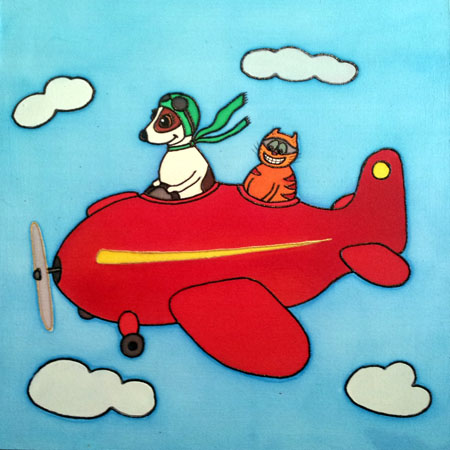 A few weeks ago, l was telling you how Joshua Slocum was the first man to sail around the world alone.

People who achieve great feats and are the first to do so, usually become famous – and then become notable figures in history.

l thought that you might like to hear about the amazing story of Alcock and Brown as well.

This is their story…

Captain John Alcock and Lieutenant Arthur Brown, two Englishmen, were the first men to make a non-stop flight by aeroplane across the Atlantic.

They flew in a modified (changed in some ways) WWl bomber. lt was called a Vickers Vimy and it was powered by two Rolls Royce engines.

After three weeks of preparation they took off from an airfield of rough grass in Newfoundland, an island off the coast of Canada, on 14th June 1919, and landed in lreland sixteen and a half hours later having flown 3,154 kilometres.

They had to land there because they did not have enough fuel to continue any further east than lreland.

Their aircraft turned over on landing in a soft bog but neither man was hurt.

They were lucky to get as far as lreland because they had had a terrible journey across the sea.

This is what happened…

After just over three hours of flying the aeroplane hit a thick bank of fog. The fog was so thick that they couldn’t even see the ends of their aeroplane’s wings.

Not long after that, the heating in their flying suits failed; the batteries had run out, and the two men began to freeze.

Some while later they managed to break out into sunshine but were soon engulfed in cloud again.

Then night descended, but they had light to see by because the engine was still on fire.

The men had to be mindful of their position and used the stars to help them navigate; they were a little off course, but still they were making good progress.

The aeroplane was carrying a radio transmitter, but after three hours of flying it failed. With no signal coming through, the people waiting for them began to worry.

At three o’clock in the morning, the first light of dawn began to break. Before them they could see an enormous bank of cumulus cloud. It was too close to fly around, but dangerous to fly into.

The turbulence in the cloud threw the aeroplane out of control. lnside the clouds they were drenched by rain; this soon turned to hail.

Then their airspeed indicator jammed. The pilot took the aircraft into a nose dive and pulled up just short of the water. At one point during the flight the aircraft was only a few metres above the waves.

Although it was summer, ice had formed on the aircraft’s wings, causing it to become heavier. Both men feared that they would crash into the sea. lce had formed on the engine parts too, and the rudder was very difficult to move making steering almost impossible.

Alcock, the pilot, kept the aircraft as steady as he could and Brown, the navigator, climbed out onto the wing with a knife in one hand and cut away the ice. The aircraft climbed higher into the sky and Brown managed to get back into the cockpit safely.

He had to climb out four more times as fresh ice formed on the wings. lt was amazing that he succeeded in doing this since he walked with a stick as his left leg had been badly broken in a crash the year before.

As dawn broke, the two men decided they had to fly lower as the ice was affecting the aeroplane’s controls too much, but they headed into cloud again where there was no visibility.

Eventually they spied a coastline ahead, and as soon as they could, looked for a place to land. They saw what they thought was a flat field – but it was a swamp.

They crash landed. The aeroplane was damaged but the aviators were fine.

The men on the ground who saw Alcock and Brown land, rushed over as fast as they could to help, jumping between swampy pools of water as they went.

When they reached the plane they asked the men if they were hurt.

Then they asked them where they had come from.

As a result of their record breaking achievement, Alcock and Brown became famous, and they also won the £10,000 prize offered by the Daily Mail newspaper for the first non-stop flight across the Atlantic.

ln 1919 this was enough to make both men rich. They were also awarded the KBE by King George V at Windsor Castle.

Unfortunately, Alcock did not enjoy his fame and fortune for very long. Six months later he was killed in an air crash in Rouen in France. He was only 26 years old. Brown lived until 1948, but did not fly again.

At the entrance to Heathrow Airport, London, you can see a statue of them. There is also a monument at Manchester Airport. lf you ever pass either of them by, now you will know what bravery it took for them to get there.

Bob: Do you know what kind of illness a retired pilot gets?

Bill: No. What kind of illness does a retired pilot get? 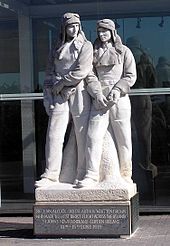 A bank of cumulus cloud (bottom of photograph) 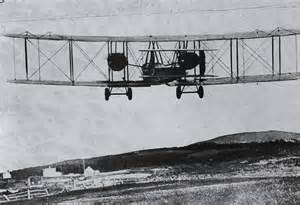 The Daily Mail’s picture of the Vickers Vimy 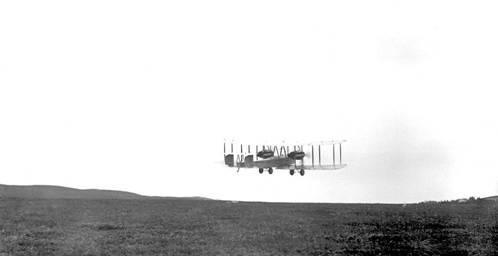 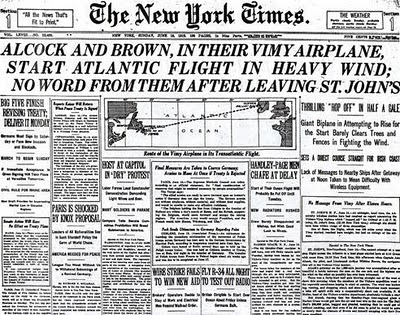 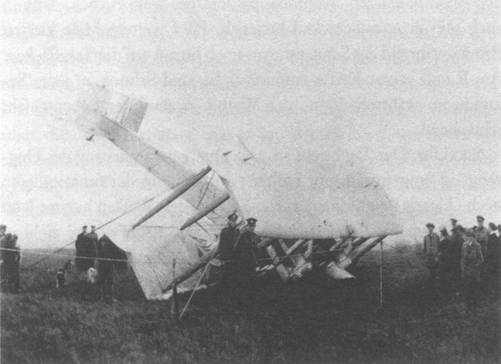 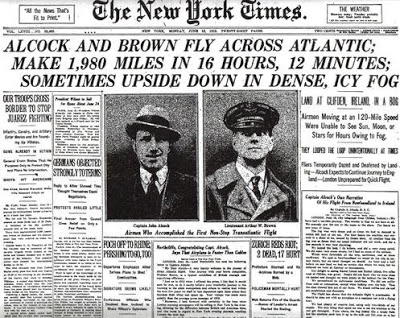 Alcock and Brown were hailed as heros 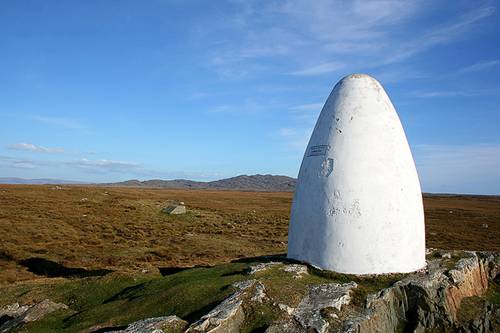 The place where Alcock and Brown landed as it is today

When we have family parties, they are very often held at Rose Cottage which as you know is Auntie Alice’s home.

This is because she has so much room for everyone, especially in the garden.

One of the things we like to put in the garden when we have a party is bunting.

Bunting is usually made with fabric or even plastic but it can be made with paper as well.

This is a quick and easy way to make bunting if you need to arrange a party in a hurry. Bunting always looks very festive.

This is a way that children can help when a party is being organized. 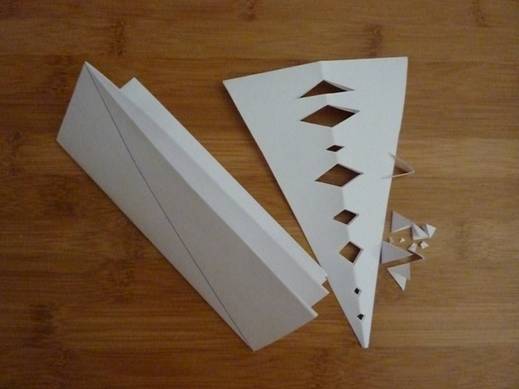 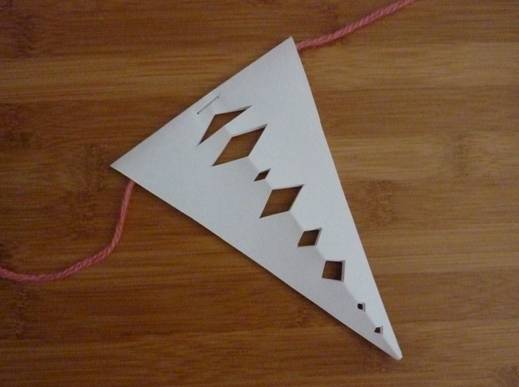 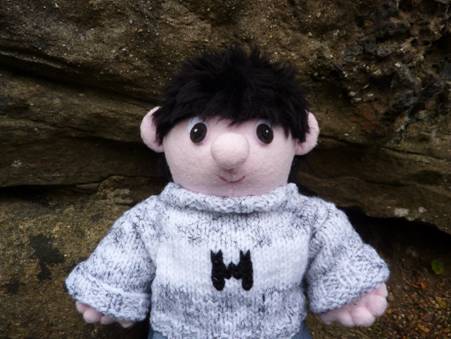 Henry is usually at our family parties too

Do you know the meaning of these phrases? 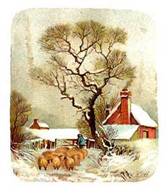 HOW TO MAKE A TOGGLE SCARF

This toggle scarf will keep you lovely and warm. 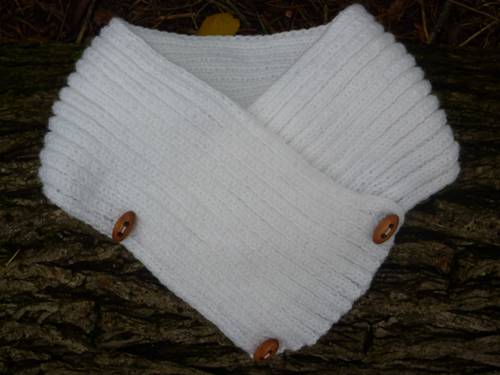 There are three sizes to choose from.

A 100g ball will be sufficient

Repeat these two rows for as many times as you need.

Sew three large snap fasteners into the corners of the front overlap.

You don’t have to use toggles. 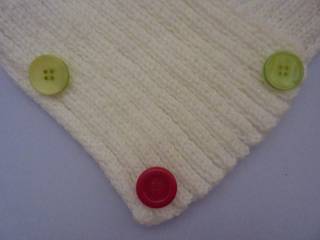 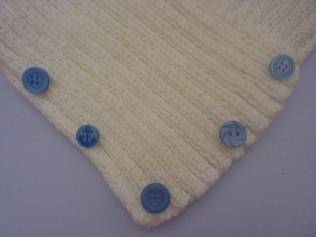 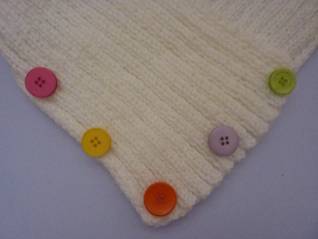 You can decorate the top of your scarf with: 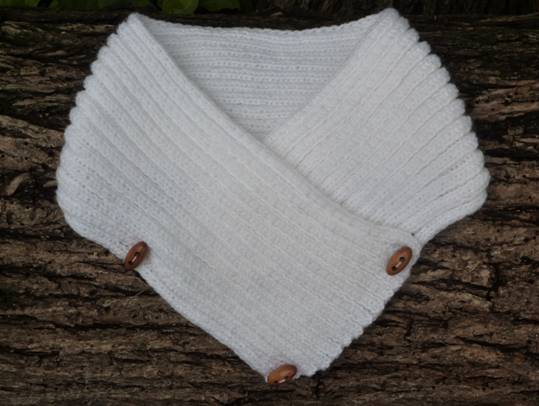 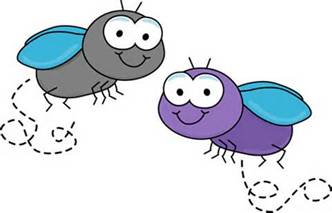 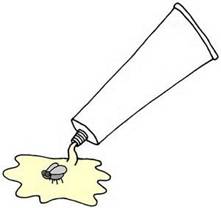