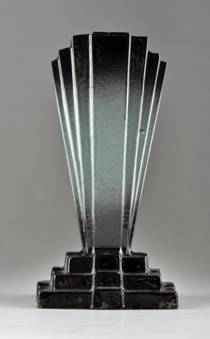 Last week, my blog post was about Art Nouveau which was an art style that grew out of a movement called the Arts and Crafts Movement.

The style of architecture and design that followed Art Nouveau was Art Deco and it had enormous influence on the lifestyle of the 1920s and 1930s.

The full name was Arts Décoratifs.

l thought l should tell you about it, and now l can complete a trilogy of blog posts about design movements.

lt first appeared in France in the years just before the First World War, which broke out in 1914, and went on to influence the design of not only buildings, interior design and furniture but fashion, jewellery, trains, airships and huge ocean liners too.

lt was dynamic; it reflected luxury and glamour and a huge confidence in the success of society and technology at the time.

All of this was to be crushed during the spread of the Great Depression and the following world war.

lt was a reaction against Art Nouveau and included many different types of styles rather than being just one style.

The French fashion designers and department stores had a huge part to play in making the style become fashionable.  A lot of the skyscrapers in New York built at the time were in this style, like the 77-floor Chrysler Building completed in 1930.

Many Art Deco buildings constructed from concrete reinforced with metal rods were built in European cities and those of Central and South America and Australia and New Zealand.  Many of them were office buildings, apartment buildings, railway stations, airports and cinemas.

Lots of Art Deco houses were built in British suburbs and many London Underground Stations are built in Art Deco style too.

Many of Miami’s beach front properties are famous for being in Deco style, many of them were actually built after the Second World War.

House interiors could be light and bright with slick lines which contrasted hugely with the dark, cluttered rooms of the Victorians only a few years before in the late 1800s.

Electricity was connected to houses from 1900.  Electric lights were brighter and cleaner than gas lights so they made a huge difference to the look of interiors too.

New materials like Bakelite, an early form of plastic, could be used to make household objects like radios, electric plugs and telephones.  But there were beautiful objects crafted out of glass as well.

Art Deco included geometric designs and bright colours.  lt also often included the exotic styles of the East including those from China, Japan and lndia but also Ancient Egypt, especially after discoveries of the tombs of the ancient pharaohs at this time which had captured the public’s imagination.

With travel opening up the world, more people than ever before went to the far-flung corners of the Earth to experience foreign lands and cultures – just as long as they had the money to do it.

At the height of its popularity, Art Deco was exhibited in the lnternational Exhibition of Modern Decorative and lndustrial Arts which took place in Paris from April to October in 1925. This was officially sponsored by the French government and included 15,000 exhibitors of modern products from twenty countries and had millions of visitors.

When the Great Depression started to spread in 1929, many rich people lost their fortunes and many others lost their job.  The quality materials used so often to create Art Deco objects could not be afforded anymore.

So have a look in the Picture Gallery now and see which of the styles l have talked about in this and the last two blog posts you like the best and why?

lf you have made some of the projects on this blog and chosen your own colours and accessories for them and then maybe even given them a little twist of your own, you might be starting to think of yourself as a designer too.

Maybe one day you will start a design style of your own. 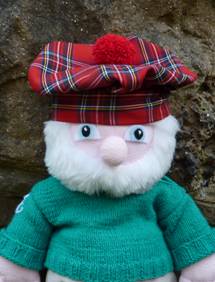 Bob:  A woman goes into a shop and says to the assistant, “May l try that dress on in the window, please?”

Bill:  And what did the assistant say?

Bob:  She said, “No, l am very sorry madam, but you will have to try it on in the fitting room like everyone else!” 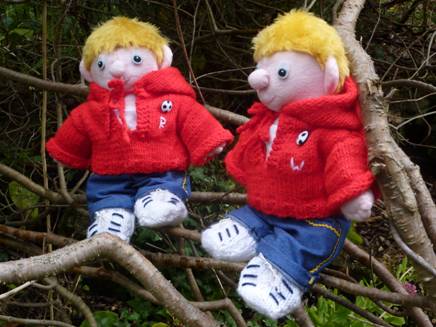 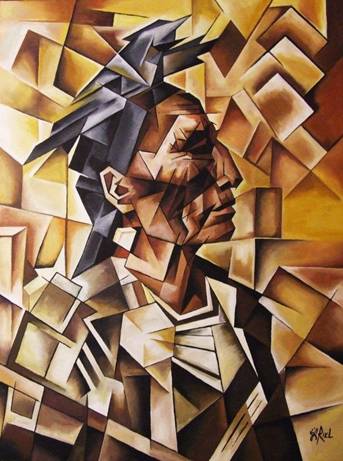 An example of cubist style 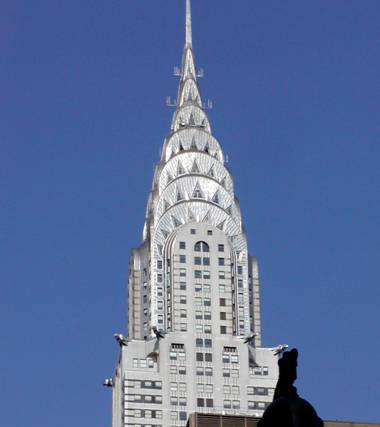 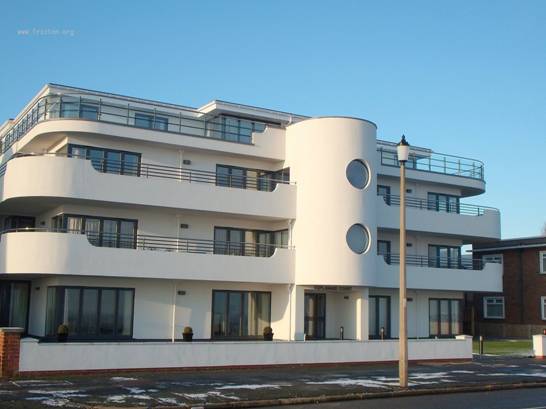 This building reminds you of a ship 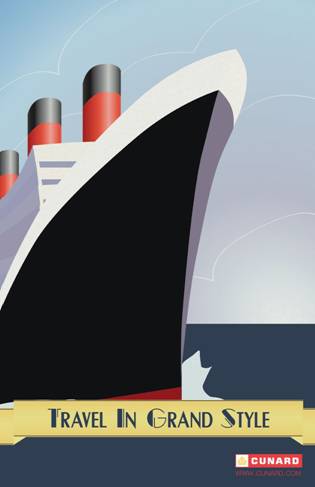 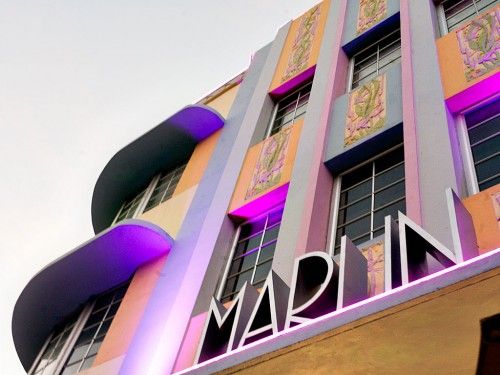 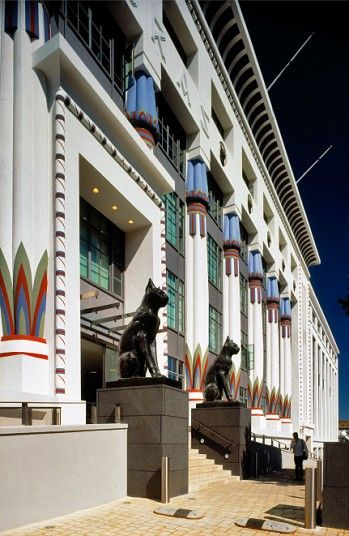 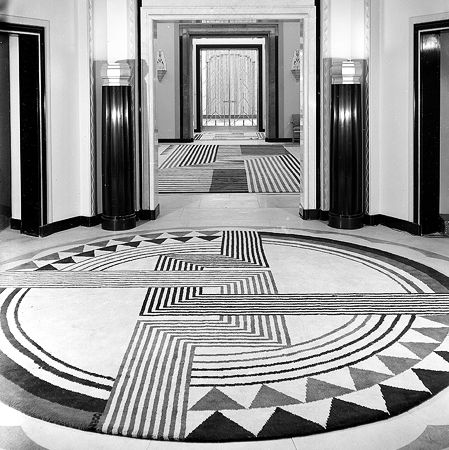 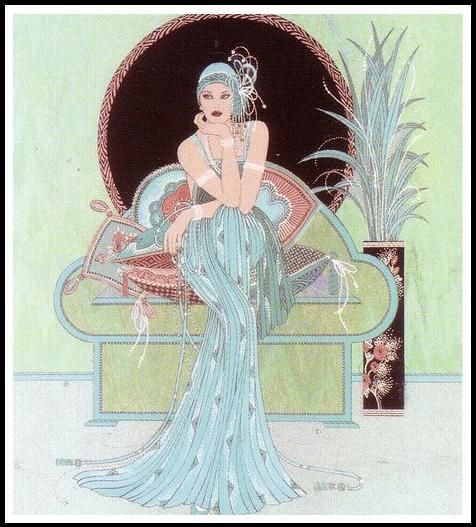 Have you ever wanted to make a cheesecake but every recipe you have found looks too difficult?

Here is a really easy recipe for you to use.

Emily made it for her family last weekend and she thought you might like to try it too.

It is also vegetarian because it doesn’t have gelatin in it.

Crush the biscuits and put into a mixing bowl

You might want to put the biscuits into a plastic bag and bash the biscuits with a rolling pin in order to crush them – it is important not to do any damage in the kitchen as you wield your rolling pin around!

Place this in the fridge to become cold

Heat the cream gently in a saucepan

Then stir the mixture so that the chocolate melts

Put this topping onto the base

Leave in the fridge for three hours

Once the cheesecake is cold and ready to serve, you can decorate it. 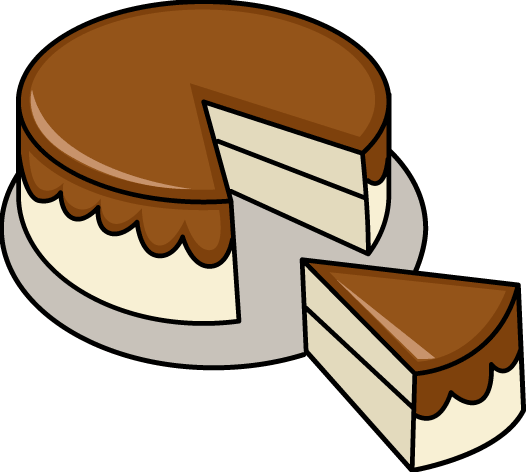 You could use ready-made decorations or break up a chocolate flake bar into tiny chunks to sprinkle over the top.

Or you could put some fruit on top because fruit like raspberries and strawberries go well with chocolate.

Draw a grid four squares across and thirteen squares down.

Write words in the boxes across the grid using these clues to help you.

Find a character famous for living in the time when Art Deco was popular. 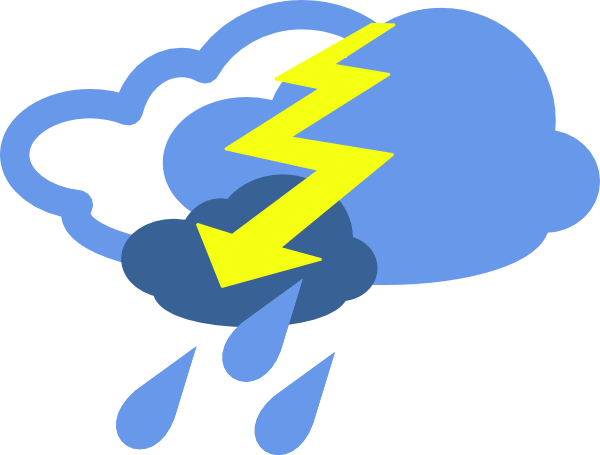 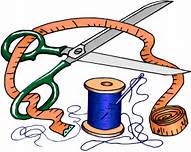 HOW TO MAKE A PLASTlC CANVAS NEEDLE BOOK

Be mindful of which way your stitches are laying as you work.  They can be in any direction – the same way across the two panels or two mirror images but you should end up with a neat piece of work.

If you want your case to close up tightly, sew a snap fastener onto the pieces of felt before you fix them in place or incorporate a loop of yarn on one side and a little button on the front before you sew the panels of felt in place

Look at the photographs for guidance

When objects are going to be handled a lot it is best to use darker colours on the edges and corners rather than colours like white or yellow. 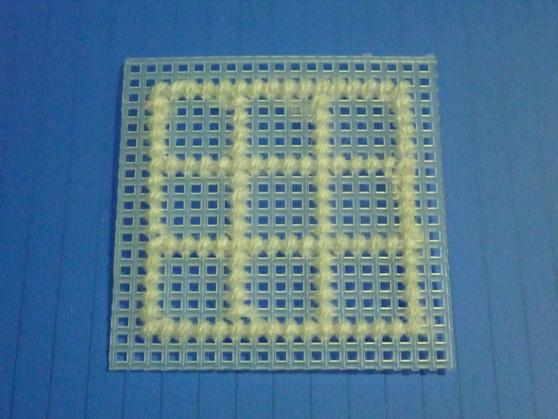 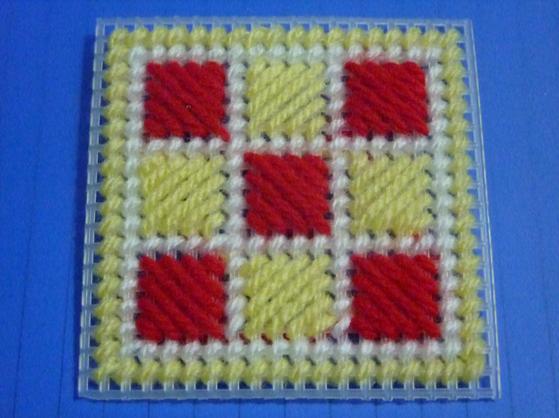 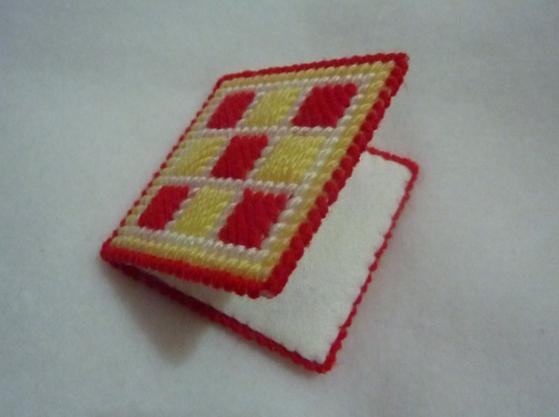 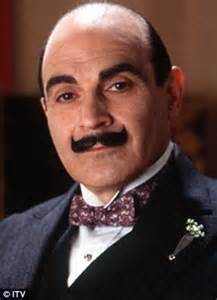