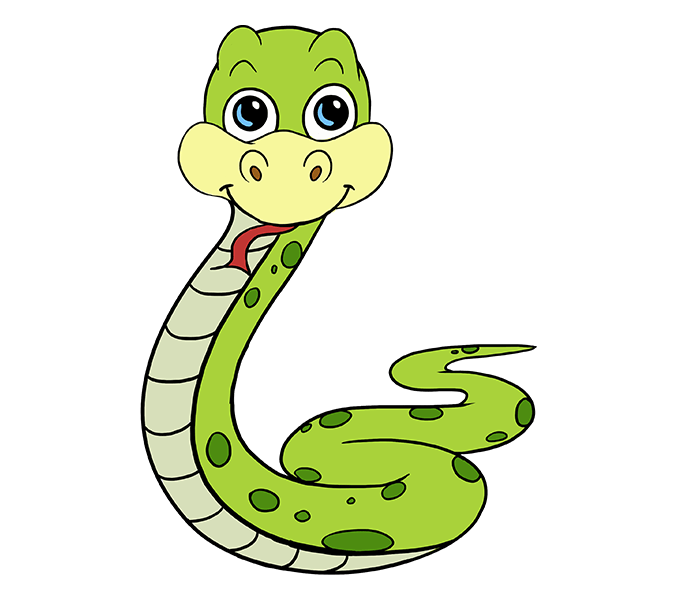 Do you have a favourite reptile?  They say every child has one.

The reptile house at the Rocky Bay Animal World is always full of people.

A lot of the reptiles have to be housed indoors because our winters would be too cold for them.  That is why they are separated from some of the other animals.  l will explain why.

So do you remember what the definition of a mammal is?

Yes, that is right… it is that they feed their young on milk, which is a special food for babies.

Reptiles are another group of animals.  They are different from mammals.

So what is the definition of a reptile?

Well, they have a spine, so they are what is called a vertebrate.

They have skin which is made up of scales or bony plates or a combination of both.

There are lots of different types of animals that are reptiles.

How many can you think of?

There are: crocodiles and alligators, snakes and lizards, tortoises and turtles.

They are found on every continent except Antarctica.

Reptiles cannot make their own body heat like birds and mammals.

Reptiles do not have a constant internal temperature.  They have neither fur nor feathers to insulate them.  They don’t have sweat glands which could help to cool them down.  They are cold-blooded.

Reptiles warm their bodies in the sunshine.  At night, when it gets colder, they slow down and go to sleep.  Lizards move in and out of the shade throughout the day to keep themselves at the right temperature.

They rely on the sunshine to warm them up in the day time and when temperatures drop they become inactive.  ln very low temperatures, they are completely dormant.

So reptiles will need sun and shade in their habitat to allow them to regulate their temperature.

Reptiles don’t rely on food to give them energy to contribute to body heat, and so unlike birds that always seem to be on the move looking for food, reptiles don’t have to eat nearly as much and can sometimes go for days without eating.

Because scientists have discovered that crocodiles are more closely related to birds than they are to lizards, they have included birds in the family of ‘Reptilia’.  lsn’t that amazing?

This group of animals were around before the dinosaurs became extinct.

Some reptiles, like crocodiles and alligators, can look like very slow creatures, but then can move like lightning when they attack.  They can look like pieces of dead wood floating in the water.  When unsuspecting prey ventures close not realizing the danger, the crocodile snaps their big jaws and grips on tightly to their prey.

The biggest reptile in the world is the Estuarine crocodile of South East Asia which can grow up to 6m/20ft long.

Snakes are legless reptiles and move along the ground by flexing their muscles.  They can move quickly too when they want to.

The fastest reptile is the spiny-tailed iguana which can run up to 20 mph.

Some lizards can walk up walls as they cling on with their feet.

Most snakes are not poisonous, they kill their prey by squeezing and squashing it – this is called constriction.  Snakes can taste the air with their tongues which is why they flick them out so often.

A snake’s jaws are jointed by loose ligaments.  This means they can open their mouths very wide; wide enough to swallow a meal two or three times the size of their heads.  After this they won’t eat for a long time.  ln fact they won’t even move for a very long time while they wait to digest their meal.

Pythons and anacondas kill their prey by coiling themselves around their victims and tightening their coils.  The snake restricts the blood flow to the prey’s essential organs and when the snake senses the heart is no longer beating, it knows its prey is no longer alive.

Other snakes kill their victims by injecting them with poison from their fangs.  The poisonous fangs of the Australian taipan can kill a person within a few minutes.

The heaviest snake is the Green Anaconda.  The longest snakes are the anacondas of South America and the reticulated python of South East Asia. Both grow to nearly 9m/30ft long.

A snake can renew its skin several times a year.  As it grows, it slides out of its old skin a new one is underneath.  lf you find the skin, you might think at first that you have spotted a snake – and then find out that it is hollow!

The biggest lizard is the Komodo monitor of South East Asia which looks like a dragon and grows up to 3m/10ft long.

The biggest turtle is the leatherback with a shell that is nearly two and a half metres long.

We know that tortoises have feeling in their shells because they contain nerve endings.  People used to decorate tortoise’s shells with rings.  Let’s hope no one does this anymore.

Most reptiles lay eggs in a simple kind of nest, but some snakes like boas and pythons do keep their eggs inside their body and then give birth to live young.

Amphibians like frogs and toads go through a larval stage when they become tadpoles for a while but reptiles are born as miniature versions of adults.

Reptile eggs take days or months to hatch depending on species.

The young can walk and maybe swim too, within hours of birth.  Alligators carry their babies in their mouths and take them in and out of the water.

But a lot of the time reptiles are not cared for, fed or helped in any way by their parents.  They are born with the ability to move away from the nest and start looking for food almost straight away.

ln England and Wales there are six species of reptile.  The adder with it’s a distinct pattern of zigzags on its back is the only venomous one.  lt is generally non-aggressive but can bite is if is disturbed.

lt is best to wear stout shoes when walking in places where these creatures live and you will have to be rushed to hospital (where they will have an antidote to the venom), if you are bitten.

ln the colder north in Scotland, only the adder, slow worm and common lizard are native.

The smooth snake is very rare, due to the destruction of heath lands.  lt is not dangerous.

The slow worm is actually a legless lizard and is dull in colour.  lt has eyelids, unlike a snake, and is a protected species.

We also have two types of lizards, the common lizard and the sand lizard.

All snakes have evolved from four-legged animals.

Reptiles can have skins that are of muted colours or really quite bright.

Chameleons change their skin colour to fit in with their surroundings.

The largest snake in Britain is the grass snake and because the females like to lay their eggs in rotting vegetation (because it generates heat), you may find them in your compost heap.

Bill and Bob found one in Auntie Alice’s once.

Bill:  So what is your favourite way to eat eggs Bob? 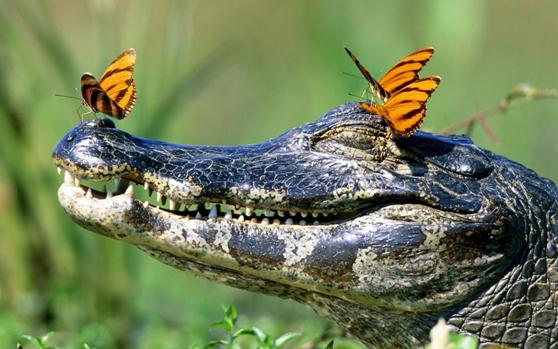 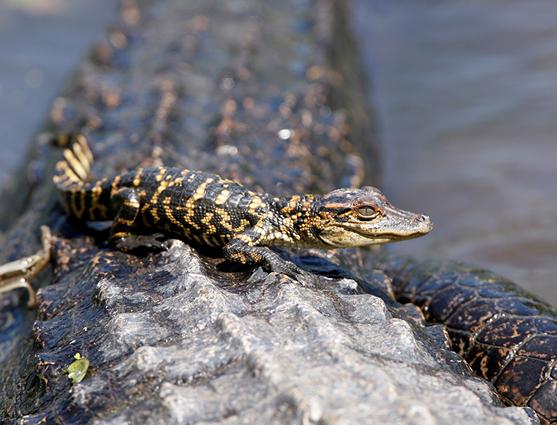 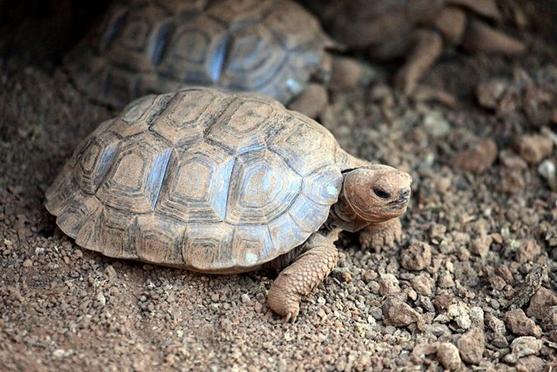 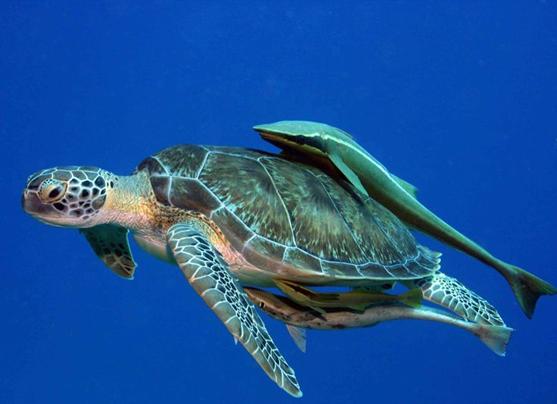 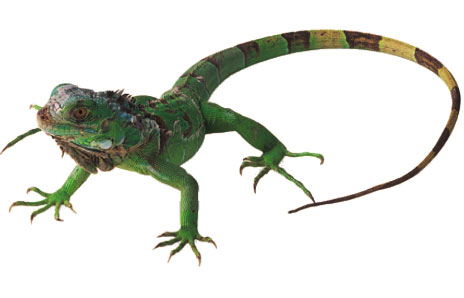 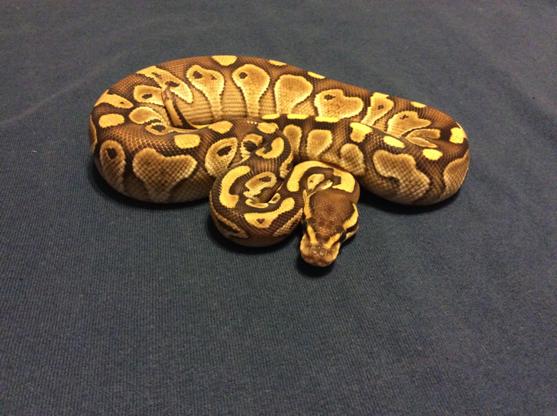 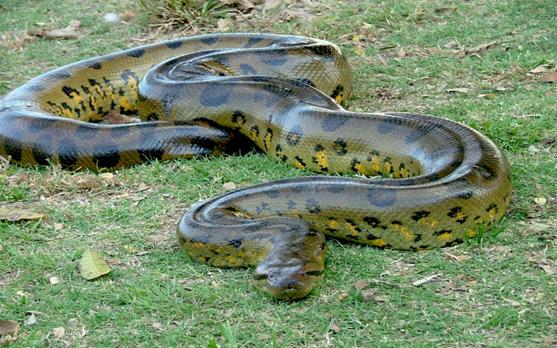 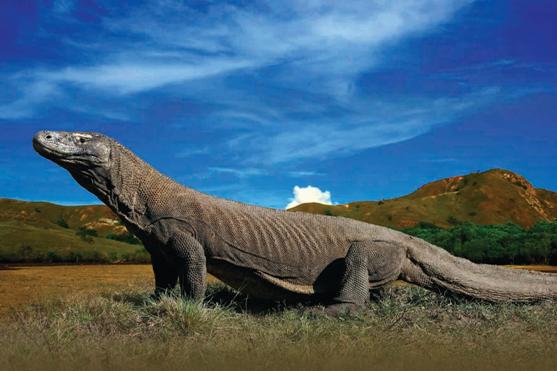 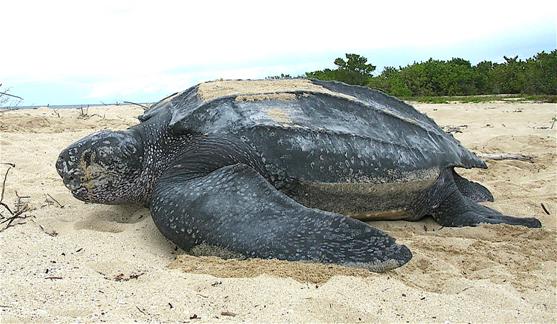 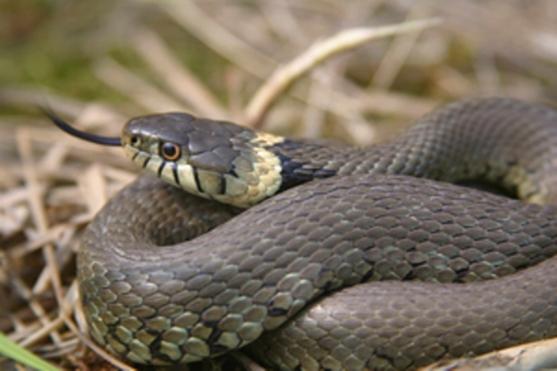 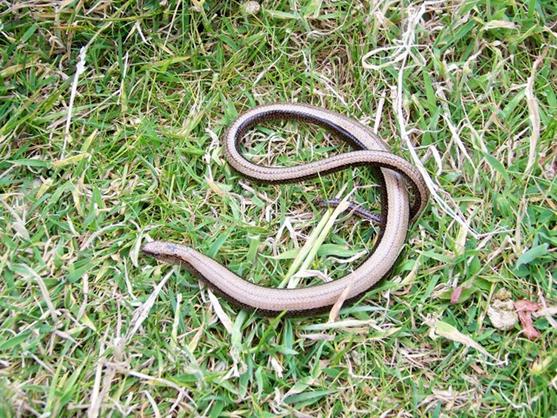 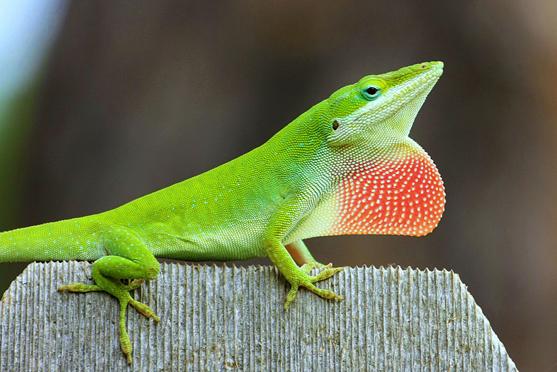 A little while ago Miss Pringle told her class about spoonerisms.

She thought that this week she had better tell them about malapropisms so that they would know the difference.

A malapropism is the use of an incorrect word that sounds similar to the one it is replacing.

It makes nonsense of the sentence but can make it funny.

Like saying the postman ‘delivers massages all over town’ instead of ‘messages’.

Sometimes they are done on purpose to make up a joke.

The word malapropism comes from a character called Mrs. Malaprop in a play called The Rivals written in 1775 by Richard Brinsley Sheridan.

The character often uses the wrong word when she speaks, for comic effect.

Malapropisms can be uttered on purpose or by mistake.

You could have knocked me over with a fender – instead of feather.

Knocking someone over with a fender would not be difficult!

Having one wife is called monotony – instead of monogamy.

The children spent their break time trying to make up their own with varying decrees of success – sorry degrees. 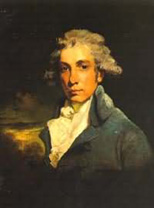 Can you work out what these reptiles are? 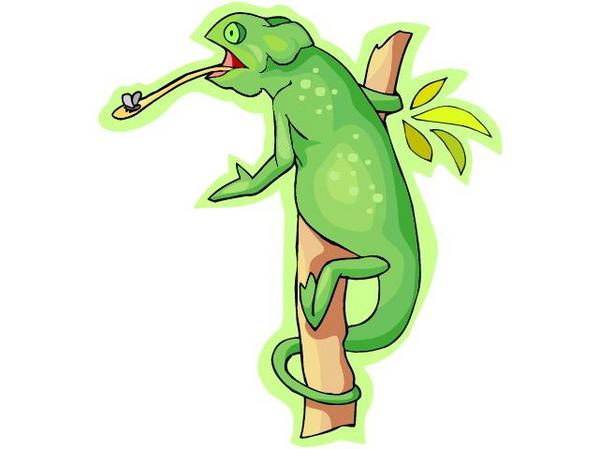 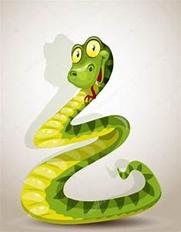 HOW TO MAKE A COLOURFUL LlTTLE SNAKE

This is a cute, little snake.

You can knit the top and bottom in the same colour, if you want to.

You can knit the bottom and top in different colours in order to make the snake more colourful, if you want to.

SNAKE BODY (KNIT TWO – ONE IN GREEN AND ONE IN YELLOW)

Increase 1 stitch at each end of the next row

Using Swiss darning embroider a diamond pattern up the back of the top of the snake using red dk yarn on the yellow body part.

Put this pattern at the tip of the tail and then two of them on top of the head.

(Add an extra stitch right at the top of the head.)

Put ten of these patterns between them and along the body.

Then embroider a French knot on each side of the head by wrapping the green yarn three times around your needle to make the two eyes.

You can also make a tongue out of felt or yarn if you would like to – a snake’s tongue is usually red or black.

To make Swiss darning easier to do, choose a round tipped yarn needle otherwise it is easy to split the yarn as you work or even use the wrong end of your needle to push the yarn through where you want it to go – as long as you are careful to not prick yourself as you work. 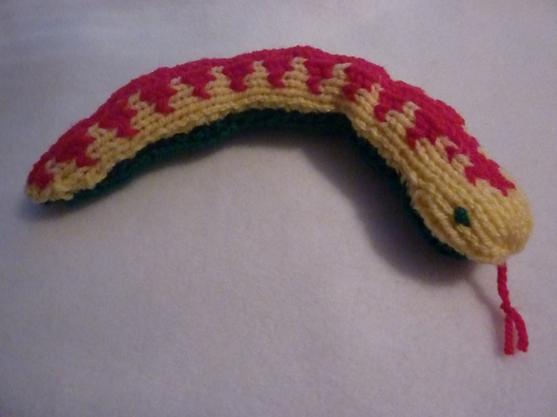 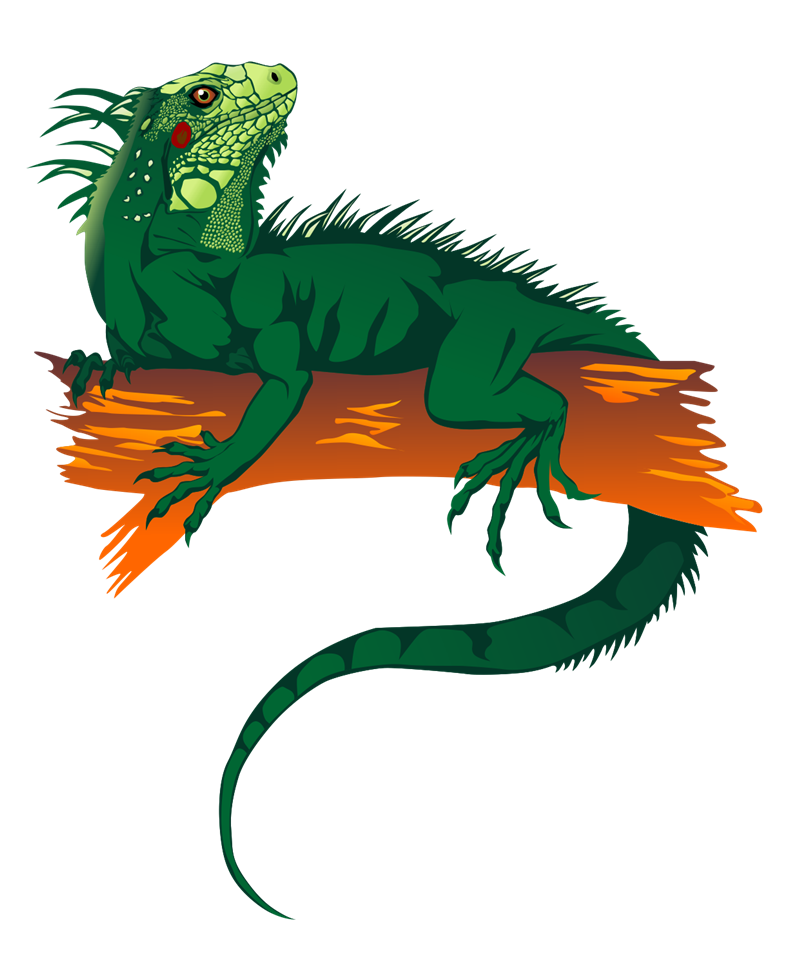