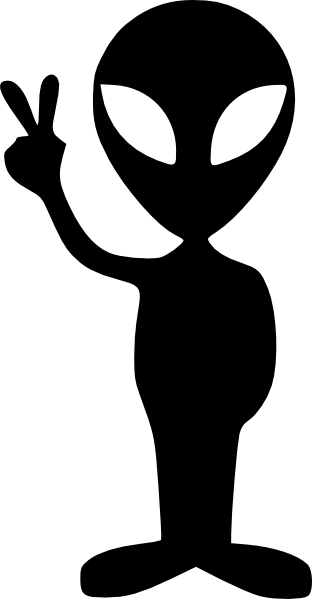 So last week, l promised to tell you about the story of one of the most famous alien encounters ever told.

lt is the story of a couple called Betty and Barney Hill.

The story is so famous that a film was made about it in 1975.

Documentaries have been made about it too.

The Hills were a married couple.  Barney was 39 and worked for the postal service and his wife was 41 and a social worker.  She was a supervisor for the child welfare department.  They lived in Portsmouth, New Hampshire in USA.

Because Barney had health problems, the couple went on a holiday to Canada with their little dog to try and relax.

On 19th September, 1961, they started on the journey home.  Barney began to drive southwards towards New Hampshire.

A lot of the journey was to take them through the deserted roads of the remote pine forests of North America.

As they were driving through the White Mountains, at some time after 10 o’clock in the evening, through the darkness, Betty noticed a bright light behind the car.  lt seemed to follow them for about 30 miles.

She thought it was a bright star that seemed to be behaving erratically.

They were not frightened at this point, just curious.

The light overtook them.

Barney could see it through the windscreen, a bright light that seemed to be following their progress.

Betty thought it was like a falling star but could not understand why it was moving upwards.  Barney thought then it must be a satellite.

The object moved backwards and forwards and came closer.

Eventually, the couple stopped the car and Barney got out to get a better look.

Barney looked through his binoculars.  He became frightened and rushed back to the car where Betty was waiting.

lt was no star.  He could see different-coloured lights and a flying craft with several rows of windows around it.  At first he thought it must be an aeroplane.

But then he suddenly realized that he was looking at people inside a big spaceship.  The ship looked like a big pancake.  The people he could see at the windows seemed to be quite friendly.  They were wearing black uniforms.

Betty and Barney drove off again down a rough track.  They were listening for the sound of an aeroplane but they couldn’t hear anything.  Betty continued to watch the light but Barney tried to concentrate on driving the car.

They became very frightened and Barney wanted to get the gun that he had in the boot of his car.

They were trying to drive away from the craft at speed to try and get away from it, convinced they were going to be captured.

The object seemed to have, by now, disappeared.

They then started to hear a strange series of beeps, which seemed to bounce a metallic buzz off the car.  And what seemed so strange was that, although they had only driven for a couple of minutes they were 35 miles further down the road and that didn’t make sense.

They got home safely, left their bags by the door and went to bed.

When Betty got up the next morning she telephoned her sister, Janet, to tell her about the strange occurrence on their journey.  Janet had mentioned to Betty some time earlier that she had also seen a UFO in the same area.

Janet advised Betty to call a nearby Air Force base to tell them about what had happened.

After hearing Betty’s report, the Major she was talking to, confirmed that they had picked up the craft on their radar.  They could confirm that an object had been flying in the sky in that place at that time and it had not been Betty and Barney’s imagination.

The couple tried to put the matter behind them.  But over the next week and a half, Betty had very clear dreams during five nights about being abducted by strange beings.

The dreams then stopped suddenly; but she was still concerned.

ln these dreams, she could see herself and Barney being forced onto some type of aircraft by these strange beings.

Before long, two writers who had heard about their story, contacted Betty and Barney, and together the four people worked to compile a time chart of the events of that night.

lt seemed as though there were two hours missing from Betty and Barney’s memories.

The couple were mystified and unsettled by the incident.  Eventually they decided that they must contact a psychiatrist for help.

Barney was having trouble sleeping and the local doctor he visited recommended that he see a fellow doctor.

This new doctor was a psychiatrist – a doctor for brain function.

He was called Dr Benjamin Simon and he suggested that he try something called regressive hypnosis on Barney, and Betty as well.  This is a medical hypnosis sometimes used on patients who can’t have anaesthetic when they need an operation.

When a patient is hypnotized, they will remember more than they can when they are fully awake.  The police have been known to use this method too when they want to get extra information from witnesses in important cases.

The doctor thought he might be able to unlock the memories of the couple and see what had happened to them in the missing two hours.  The three worked together for many months.  At last, they were beginning to get to the bottom of the mystery.

A story of alien abduction emerged.

The Hills’ car had stopped on the road and the spaceship had landed in front of them in the midst of a strange, orange glow.

At first, Barney thought they were people who were trying to rob them.

But then he closed his eyes and kept them closed for the rest of the experience, he seemed to be put to sleep, and remained like that until he was put back in the car some time later.

Shortly after he was put back in his car, Betty came down the road and got back into the car too.

Betty remained awake the whole time and spoke with the aliens.

The couple thought that maybe because the aliens were smaller than Barney they were frightened that he could overpower them so they put him to sleep somehow to stop him being a threat to them.

So under hypnosis, the story of what happened on the space ship gradually unfolded.

The pair had been taken aboard the craft where they were subjected to various medical tests.  Afterwards, before they were released, they were hypnotized in order to keep their capture a secret.

Puncture marks left on their bodies matched with the memories of the investigations.  Their clothes were torn and there was a pinkish powder residue left on Betty’s dress.

Their watches would never work again.

The aliens asked Betty at one point why her teeth were fixed and Barney’s teeth were removable.  She had to explain to them he had false teeth.  Barney had lost his teeth in an accident when he was a soldier in World War ll.

Betty quite enjoyed talking to the aliens and told them to come back for a visit any time they liked.

High levels of radiation were later found on their car.  There were strange circular marks on the back of the car that would make compasses behave strangely.  The marks stayed there for months and would not wash off.

There was no other place on the journey where the car could have been subjected to such high levels of radiation.

Under hypnosis, Betty drew a constellation of stars that she had been shown on a chart inside the space ship.  lt was where the aliens came from.

lt was later confirmed as a constellation that exists – when years later it was discovered in 1969!  ln 1961 nobody knew of its existence.

The aliens were described as being about five feet tall and bald.

They had pear-shaped heads, grey skin and slanting eyes, squashed noses, small mouths and no ears.

They spoke English with an accent.

The tapes of the regression, the couple’s clothes and other things have been carefully kept in laboratories for further investigation.

The American government and NASA kept in touch with the couple for years to follow.

Other people have come forward since to say they also saw a glowing object as they were driving along the same road at that same time.

What do you make of the story?

Scientists today, still investigate the artefacts left behind with the new tests at their disposal.

Nobody knows what the pinkish powder is.

Bill:  Oh no, l think l left an apple core under my bed.  lt’s been there for ages!

Bob:  Don’t be so hard on yourself Bill.  The mum in E.T. had an alien living in her house for days and didn’t notice. 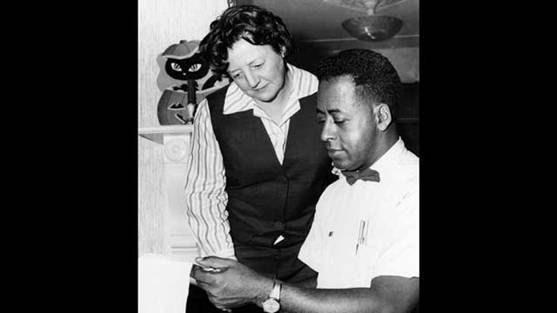 The map Betty drew as she remembered it

from the one seen in the spaceship

after she was under hypnosis

Thought to be the same map as it is known today

This week, I took the children for a walk over the fields.  We all had a lovely time.

It is a bit late for blackberry picking now, but there were plenty of other berries in the hedgerows and lots of tree seeds ripening too.

The children couldn’t help collecting some of the seeds we found.

Who can resist picking up a conker!

Our pockets were bulging by the time we got back to Auntie Alice’s cottage.

It was time to go home and the children hadn’t got time to do anything with all the seeds.

The children wanted to keep everything they had collected so Auntie Alice put them in three old ice cream containers.  She said she would put them somewhere cool to keep them fresh.

Auntie Alice put them away in the greenhouse and forgot all about them for the time being. 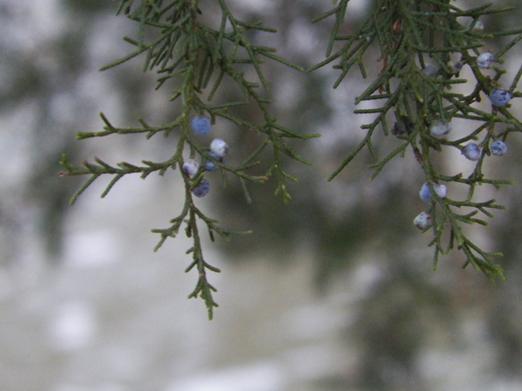 Do you know the answers to these questions? 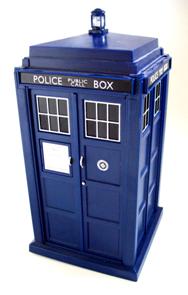 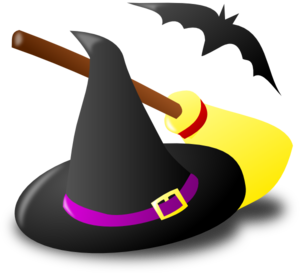 If you start knitting this witch now, she should be ready and finished for Halloween.

She has a broom to take her flying. 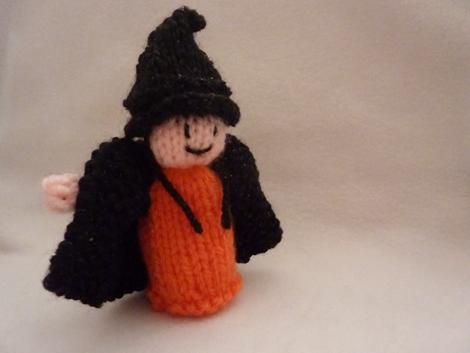 WITCH BACK (KNIT ONE)

WITCH BASE (KNIT ONE)

Curl the knitting around into a spiral 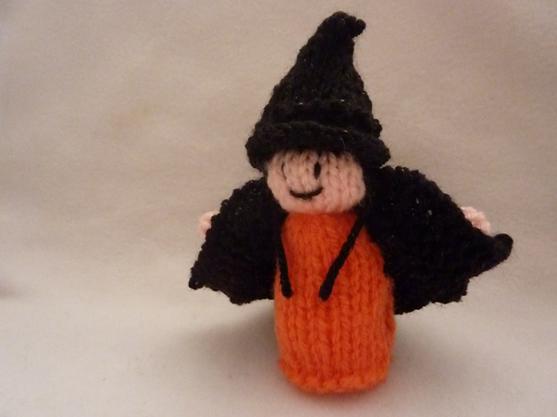 WITCH FLYING CLOAK BACK (KNIT ONE) 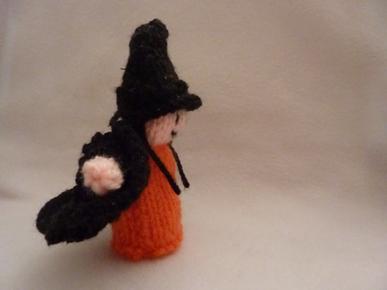 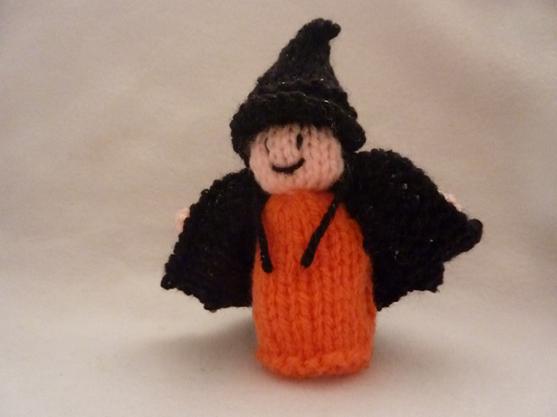 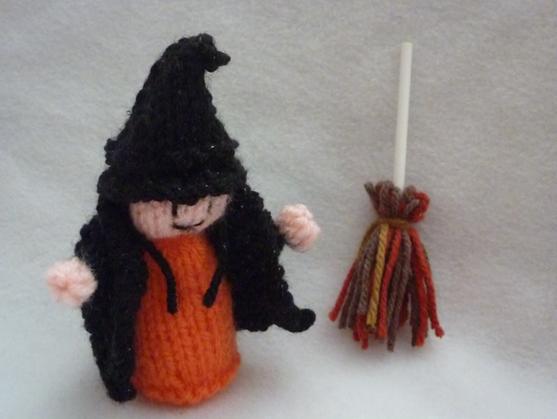